What is the duration of a wrongful death claim?

END_OF_DOCUMENT_TOKEN_TO_BE_REPLACED

Pedestrian deaths in the Unites States still remain high.  From 2001 to 2010, 47, 392 pedestrian deaths have occurred in the Unites States.  Most of these fatalities are adults.  Approximately, every year 5,000 deaths+ are contributed to pedestrian versus auto crashes.  In an effort to reduce pedestrian deaths and injury, a HAWK crosswalk has already been operating in Sacramento on Stockton Boulevard near UC Davis Hospital for over a year.  This is a high foot traffic location.  While the installation of the HAWK crosswalk is expensive, approximately $150,000 a piece, Sacramento has plans to put in nine additional crosswalks.

What is a HAWK crosswalk?  A HAWK crosswalk is built specifically to provide pedestrians with added security when crossing a street.  Instead of a light cycling from green to red for motorists, a few additional signals are added in an attempt to make sure the motorist is aware of the need to stop.  When a pedestrian pushes the ‘walk’ button at a HAWK intersection, a signal will being to flash yellow to indicate to motorists that a pedestrian will soon be using the crosswalk.  After flashing yellow, the signal will change to a solid yellow and then to a solid red.  When the light cycles to a solid red, it is also accompanied by  additional lights flashing red, which indicates that pedestrians are crossing.  The hope is that the additional flashing yellow and flashing red signals will grab the  motorists attention and help the motorist comply with stopping.  The pedestrian also see something extra at HAWK intersections.  The pedestrian is provided a flashing orange signal to notify the pedestrian that their time to cross the intersection is ending.

END_OF_DOCUMENT_TOKEN_TO_BE_REPLACED 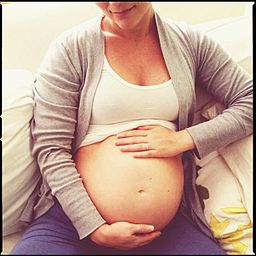 Without a doubt, most expectant mother’s will go to their OBGYN, an emergency room or an urgent care center after a car accident.  The overall health of both the mother and her child as well as the outcome of the pregnancy may depend on these actions. Early detection of abnormalities with a pro-active approach goes a long way to ensuring a normal pregnancy after an auto accident.

It should be also noted that many pregnant women are involved in car accidents and proceed to give birth to healthy children and continue to experience a ‘normal’ pregnancy post-collision.

END_OF_DOCUMENT_TOKEN_TO_BE_REPLACED

Neuropsychologists are scientists with advanced training in detecting injuries to the brain and how such injuries affect an injured person.

While most people believe neurologists are the experts of choice in dealing with brain injury, this is seldom the case. Neurologists are helpful in detecting and treating some serious brain injuries, and CT-Scans and MRI’s can also be useful, but most of the time the neuropsychologist does the heavy lifting in brain injury cases.

END_OF_DOCUMENT_TOKEN_TO_BE_REPLACED

Brain trauma can occur during an auto collision when the head hits the windshield or steering wheel. The skull does not have to have been penetrated or fractured for a TBI to occur. The impact involved in an auto collision can cause the soft brain to strike the hard bone of the skull. This occurs because the impact causes the head, which had previously been in motion, to come to an abrupt stop. The brain continues its forward movement, and impacts the interior of the skull. This impact can cause bruising of the brain and/or a brain hemorrhage (bleeding) which in most cases is not visible at the time of injury.

Blunt trauma is another mechanism of injury during a car accident. This occurs when a moving head slams against a hard object such as the windshield. Often, upon impact with the hard object, and open head wound will be visible. This can also occur if the car occupant is ejected at impact.

END_OF_DOCUMENT_TOKEN_TO_BE_REPLACED

Automobile accidents account for half of all brain injuries in the U.S. according to Statistics from the Center for Disease Control. A traumatic brain injury occurs when an impact to the head disrupts brain functioning. After a brain injury, the length of recovery varies from person to person and there are many factors that affect the prognosis. Although, the most noticeable improvement happens in the first six months, it is common for a person to steadily improve over a two year period after an injury.

Factors that affect the recovery process include the type and severity of brain injury, the age of person injured, medical history, depth and duration of injured person in a coma.