Police reported that five vehicles were involved in an Oroville area car crash that took place on Friday, January 31, 2020. California Highway Patrol (CHP) released a report indicating that multiple people were transported to a hospital following the crash. According to medical officials, all of the injured parties were expected to fully recover.

END_OF_DOCUMENT_TOKEN_TO_BE_REPLACED

On Friday, January 31, 2020, a three-vehicle crash left at least one person with injuries in Eureka. Police indicated that the accident happened at around 10:10 p.m. at the intersection of Allard Avenue and Muncie Street in the Bayview neighborhood of the city. According to reports from the Eureka Police Department (EPD), one person was taken to a local hospital by ambulance. Medical officials indicated that this individual had suffered serious head injuries.

END_OF_DOCUMENT_TOKEN_TO_BE_REPLACED

A man in a wheelchair was killed in a recent hit and run accident in Fresno, CA. The incident occurred around 6:30 p.m. near the intersection of McKinley Avenue and Brawley Avenue, just west of Highway 99. A man in a wheelchair was reportedly traveling along the edge of the northbound lanes of Brawley Avenue when he was hit by an oncoming vehicle, according to the Fresno Police Department. The car involved in the pedestrian accident did not stay at the scene to render aid to the injured man. Sadly, he was pronounced deceased on site by first responders. The Fresno County Coroner’s Office has identified him as 53-year-old Ronnie Rodriguez of Fresno.

END_OF_DOCUMENT_TOKEN_TO_BE_REPLACED

On Monday, February 3, 2020, Del Norte California Highway Patrol (CHP) officers reported that three people were sent to the hospital after a major crash near Crescent City. The injured individuals included a 46-year-old man from Oregon as well as two women from Crescent City, aged 25 and 21 years old. According to police, all three individuals were severely injured during the accident. Updates on their conditions remain unavailable.

END_OF_DOCUMENT_TOKEN_TO_BE_REPLACED

A passenger was injured and flown to the hospital after a car accident near Atwater, CA on the morning of January 29, 2020. The car wreck occurred around 10:00 a.m. at the intersection of Avenue 2 and Santa Fe Drive. A 54-year-old Merced man was driving a 2019 Ford F-150 westbound on Santa Fe Drive. At the same time, a 65-year-old Winton man was traveling eastbound in a 1999 Toyota Solara with one passenger, a 52-year-old woman also of Winton, according to the California Highway Patrol (CHP). The driver of the Ford reportedly attempted to turn left onto Avenue 2 in the direct path of the Toyota, causing the Toyota to crash into the right side of the Ford pickup. The motorists of the vehicles involved in the collision complained of pain and were not transported to the hospital, the CHP reported. However, the passenger of the Toyota was taken by air ambulance to a hospital for treatment of moderate injuries. Details surrounding the injured passenger’s condition, as well as the cause of the collision were not immediately available.

END_OF_DOCUMENT_TOKEN_TO_BE_REPLACED

Pedestrian Casualties are Higher than Ever Before

Approximately 6,000 pedestrians per year are killed by moving vehicles.  Thousands of others are severely injured.  More pedestrians were killed on American roads in 2018 than at any time within the past 30 years.  According to the National Highway Traffic Safety Administration (NHTSA), overall highway fatalities dropped nearly two and a half percent in 2018, but reported pedestrian deaths increased by almost three and a half percent.  Alarmingly, the 6283 reported pedestrian deaths in 2018 represent a 53% increase from 2009.

END_OF_DOCUMENT_TOKEN_TO_BE_REPLACED

A 34-year-old female pedestrian crossing the street in Roseville on February 1 suffered serious injuries after being struck in the crosswalk by a motor vehicle. According to a spokesperson for the Roseville Police Department, the accident occurred on Woodcreek Oaks Boulevard near Blue Oaks Boulevard at about 3:00 in the afternoon. She was taken to a nearby hospital for emergency treatment and further evaluation. The vehicle that struck the pedestrian was being driven by a woman, age 23. The driver remained at the scene and was reported as cooperating with officers conducting an investigation into how it occurred. The roadways nearby remained shut down until about 9:20 in the evening. Impaired driving did not appear to be a factor in the pedestrian accident.

END_OF_DOCUMENT_TOKEN_TO_BE_REPLACED

The Fairfield Police Department (FPD) reported that they would be conducting a DUI enforcement checkpoint on Friday, January 31, 2020. The report stated that the location would be based on local vehicle accident statistics as well as the frequency of DUI arrests made in that area. FPD indicated that by using data-driven tactics, they hope to take advantage of an opportunity to achieve effective drugged and drunk driving deterrence. FPD also noted that their aim is to reduce the number of people who suffer serious and fatal injuries during DUI-related auto accidents.

END_OF_DOCUMENT_TOKEN_TO_BE_REPLACED

On Saturday, February 1, 2020, a driver suffered serious injuries in a Brentwood rollover crash. According to the Brentwood Police Department (BPD), the collision involved one vehicle and took place during the afternoon on the very western edge of the city. Updates on the condition of the injured individual were not available, but officials did report that they are expected to survive.

END_OF_DOCUMENT_TOKEN_TO_BE_REPLACED

California Highway Patrol (CHP) reported that six big-rigs were involved in a chain-reaction accident that took place on Highway 80 to the west of the city of Truckee in Placer County. The crash reportedly left at least one individual with major trauma requiring treatment at a hospital. However, further details about the severity of the crash have not been reported. The collision remains under investigation. 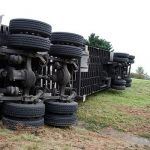 A big rig accident occurred in Stockton on February 25 after the truck struck a car stopped on Interstate 5 close to the on-ramp for Fremont Street. 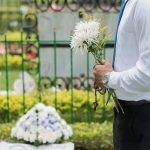 A tragic early morning traffic fatality closed major streets in Folsom recently when the driver lost control of her vehicle.