A serious injury to a driver occurred in Sacramento on February 7 after their vehicle was struck in a train accident. The accident happened around 2:45 in the morning at the railroad crossing along Elder Creek Road, which is between Florin Perkins and Power Inn roads. Officers with the Sacramento Police Department and emergency fire department personnel arrived at the scene to discover that a white Ford cargo van had been struck broadside by a train operated by the Union Pacific Railroad.

END_OF_DOCUMENT_TOKEN_TO_BE_REPLACED

A report on the head-on collision between two Sacramento Regional Transit trains on August 22 was released by the National Transportation Safety Board (NTSB) on October 30. The preliminary report explained why the collision occurred that injured 27 people with 13 taken to the hospital. The accident happened at Roseville Road and Marconi Avenue in Sacramento near the Winter Street rail station. The NTSB report stressed that additional train movements were authorized by the SacRT Metro Control Center. SacRT said it would quickly implement any changes recommended by the NTSB.

END_OF_DOCUMENT_TOKEN_TO_BE_REPLACED

A train derailment occurred in the evening hours of August 22 in Sacramento when a light-rail collided with a maintenance train near the station at Winter Street. The area where the accident occurred is parallel to Del Paso Park and Roseville Road. The crash was reported to have caused harm to 27 people, including two who were described as having moderate injuries. Thirteen people were transported to area hospitals, while the remainder were treated by emergency medical personnel at the accident scene. One of those taken to the hospital was an employee of Regional Transit and was said to have suffered a leg injury.

END_OF_DOCUMENT_TOKEN_TO_BE_REPLACED 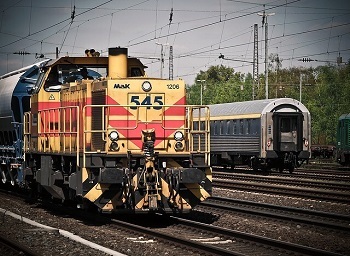 Sacramento Train Crash. A  Sacramento train crash occurred when a freight train hit a motor vehicle in Midtown on October 11. The accident snarled traffic in the vicinity of O Street between 19th and 20th, according to a spokesman for the Sacramento Police Department. The crash happened at about 3:20 p.m. when the eastbound train hit a vehicle that, according to the driver, had backed onto the tracks. The motor vehicle, a white Lexus, was hit in the rear. The driver suffered injuries that have been described by authorities as non-life threatening. There is no further word on the woman’s condition at the time of this report.

END_OF_DOCUMENT_TOKEN_TO_BE_REPLACED 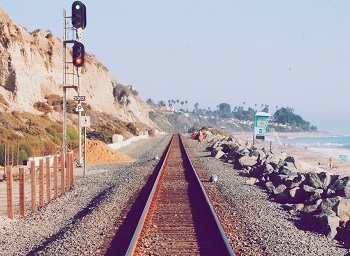 I’m Ed Smith, a Sacramento train accident lawyer. An accident involving an Amtrak train and pedestrian occurred in West Sacramento on March 4 in which the pedestrian died. The Union Pacific Railroad and Sacramento police are investigating the accident as to cause.

END_OF_DOCUMENT_TOKEN_TO_BE_REPLACED

I’m Ed Smith, a Train Accident Lawyer in Sacramento. A tragic accident unfolded this morning during a Washington Amtrak train’s first trip along a newly constructed route in the Seattle metropolitan area. Reports indicated that at least six people are confirmed to have been killed in the incident, with over 70 injured and transported to local hospitals.

END_OF_DOCUMENT_TOKEN_TO_BE_REPLACED

I’m Ed Smith, a Sacramento Train Accident Lawyer. A woman was fatally struck by a freight train in Davis on Friday, December 15, 2017. This tragic incident occurred around 4:00 a.m. near the Mace Boulevard overpass at I-80.