A January 17 collision in Rancho Cordova caused a major injury to one person. The accident was reported as occurring at about 6:20 in the evening at Folsom Boulevard and Hazel Avenue by the California Highway Patrol (CHP). Officers with the CHP say that it appears as if one of the motorists ran a red light, which led to the collision. Eastbound traffic was shut down along Folsom Boulevard from Rudy’s Hideaway while the accident was cleared.

END_OF_DOCUMENT_TOKEN_TO_BE_REPLACED

A serious pedestrian injury occurred in Rancho Cordova along westbound U.S. Route 50 on the evening of December 11 after a two-vehicle crash. According to reports, the vehicles stopped at Sunrise Boulevard were in the one and two lanes on the left side, when a woman exited one of the cars. After getting out of her vehicle, she was struck by a third car passing on the highway, according to the California Highway Patrol (CHP). She was taken to UC Davis Medical Center with what were described as major injuries. Another person involved in the accident was said to have suffered minor injuries.

END_OF_DOCUMENT_TOKEN_TO_BE_REPLACED

A traffic collision in Rancho Cordova on May 15 at approximately 8:00 p.m. left four people injured. The accident happened at the intersection of Coloma Road and Benita Drive not far from Pizza Hut. According to a representative of the Sacramento Sheriff’s Office, the collision involved three vehicles. The injured were transported to a local hospital for treatment of what are thought to be non-life-threatening injuries. Authorities believe that drugs or alcohol was a causative factor in the crash. All lanes were closed due to the traffic collision for about two hours before reopening.

END_OF_DOCUMENT_TOKEN_TO_BE_REPLACED

A Rancho Cordova car crash on Valentine’s Day caused an injury to at least one person and an ambulance was summoned to transport the individual to a hospital. The accident occurred along U.S. Route 50, east of the on-ramp for Mather Field Road shortly after 9:00 in the evening. According to the California Highway Patrol (CHP), the car accident was caused when two vehicles collided for reasons that were unknown. All the lanes were blocked along U.S. 50 where the crash occurred, while emergency personnel attended to the injured. The road remained closed to traffic until shortly after 10:00 p.m.

END_OF_DOCUMENT_TOKEN_TO_BE_REPLACED

A Rancho Cordova rollover accident happened on February 8 along U.S. 50 westbound at the Hazel Avenue off-ramp. The single-vehicle crash involved a tan colored truck shortly before 4:00 in the afternoon. According to the California Highway Patrol (CHP), the vehicle overturned upside down partially in the slow lane of the off-ramp, which required it to be shut down. An ambulance was called to transport someone inside the vehicle to a local hospital. The CHP has not released any information on the cause of the rollover accident, nor the condition of the injured individual.

END_OF_DOCUMENT_TOKEN_TO_BE_REPLACED

A roadway departure accident in Rancho Cordova resulted in the injury of at least one person on January 14, 2019. The accident occurred at about 4:30 in the afternoon along Grant Line Road just north of Raymer Way between the drivers of a Nissan Sentra and Honda Civic. Both of the vehicles were reported as having gone off the side of the road. According to the report by the California Highway Patrol (CHP), one of the cars had crossed over the centerline and struck the other vehicle in the southbound lane. Sacramento Fire Department personnel arrived at the scene, and an ambulance was summoned. No information was released on the identity or condition of the injured person. The accident will be investigated by the CHP to determine the cause.

END_OF_DOCUMENT_TOKEN_TO_BE_REPLACED 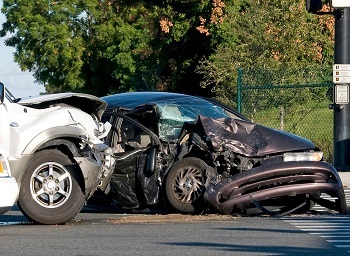 Rancho Cordova Major Accident. A Rancho Cordova major accident occurred on November 1 in the early morning along Zinfandel Drive when two vehicles collided. The number of persons who suffered major injuries was not reported. However, a unit with the Rancho Cordova police was holding back traffic while an emergency medical helicopter landed on the road to rush the injured persons to a nearby hospital. At this time, no information has been released on the identity of the person or persons who were taken to a hospital or the extent of their injuries.

END_OF_DOCUMENT_TOKEN_TO_BE_REPLACED

A Rancho Cordova rollover accident that resulted in a fatality occurred on October 5 during the morning commute that caused long traffic delays. It occurred on southbound Sunrise Boulevard between Chrysanthy Boulevard and Douglas Road when an 80s vintage pickup with three people inside who were driving to work experienced a rollover along the roadway. I want to express my deep sympathy to those who were close to the deceased in their time of loss and sorrow.

END_OF_DOCUMENT_TOKEN_TO_BE_REPLACED 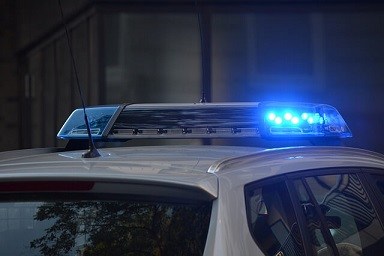 I’m Ed Smith, a Rancho Cordova car accident lawyer. A Saturday, August 4, collision saw injuries to five people, including three children, when a driver who was trying to elude police crashed into an apartment building. A fire ensued, caused by the collision, which necessitated the closing of the entire building and displacement of its residents. The children, who were removed from harm’s way by a local resident, suffered minor injuries but were hospitalized after the collision. The other two injured persons were a man and woman in the vehicle that caused the accident.

END_OF_DOCUMENT_TOKEN_TO_BE_REPLACED 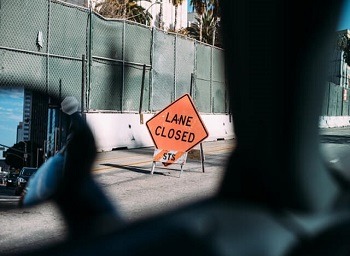 I’m Ed Smith, a Rancho Cordova car accident lawyer. A recent crash near a construction site on eastbound Highway 50 claimed the life of one man in Rancho Cordova when his vehicle went out of control and crashed. At the time of the crash, which happened in the middle of the night, Caltrans officials were at that site working. Several lanes of the highway were shut down following the accident, and officials with the California Highway Patrol (CHP) have not reported whether alcohol and drugs were factors in the collision. I want to send my heartfelt condolences to the deceased person’s family and friends for their loss.