The California Highway Patrol (CHP) is looking for a driver after a biker was seriously hurt in a hit and run motorcycle accident in Merced County on Tuesday, November 3, 2020. The incident occurred on Ashby Road in the vicinity of Beachwood Drive. A man riding a motorcycle was headed westbound on Ashby Road. At the same time, a driver of a white Honda Prelude was stopped at Beachwood Drive. For unknown reasons, the Honda driver pulled out in front of the biker, causing the rider to be propelled off his motorcycle. According to officials, the Honda driver reportedly fled the scene before CHP traffic units arrived. The motorcyclist, a 77-year-old man, was transported to the hospital, where he was later listed in critical condition. Additional information on the motorcycle collision, including the identity of the hit and run driver, was not immediately available.

END_OF_DOCUMENT_TOKEN_TO_BE_REPLACED

A 45-year-old woman was injured in a Merced truck accident along Highway 59 near Gerard Avenue on April 11, 2019. The incident occurred shortly before 6:00 p.m. when a woman was driving her 2006 Nissan Altima in the area and was broadsided by a 2013 Peterbilt tractor-trailer. Officers from the California Highway Patrol (CHP) responded to the scene and shut down one lane of the highway to investigate the collision. The woman was unconscious after the crash and was transported to a local hospital for treatment of unspecified injuries, the CHP said. An update regarding her condition has not yet been released.

END_OF_DOCUMENT_TOKEN_TO_BE_REPLACED

A rollover accident in Merced County near Winton left two parties injured on the night of March 31, 2019. The incident occurred shortly after 7:00 p.m. along North Winton Way, just south of Palm Avenue. A Winton man was driving a 2017 Infiniti north along Winton Way when he reportedly lost control of the vehicle and traveled off the roadway. The Infiniti collided with a utility power pole before overturning several times and striking six trees and two fences. The driver and passenger of the Infiniti were both transported to Modesto hospitals for treatment of serious injuries.

END_OF_DOCUMENT_TOKEN_TO_BE_REPLACED

An intersection accident in Merced left four parties injured on the morning of March 9, 2019. The incident occurred at approximately 11:50 a.m. at the intersection of Loughborough Drive and R Street, just in front of the Target store. A driver of a Ford Fusion reportedly rear-ended a Toyota Prius at the intersection. The impact of the collision propelled the Toyota forward into an SUV and another vehicle. Four parties suffered unspecified injuries in the car wreck and were all transported to a local hospital for treatment. An update regarding the condition of those injured was not immediately available.

END_OF_DOCUMENT_TOKEN_TO_BE_REPLACED

A sports utility vehicle and a pickup truck were involved in a Merced County head-on crash on February 20, 2019. The incident occurred along Santa Fe Drive near Merced. A driver of a 2000 GMC pickup truck was traveling eastbound along Santa Fe Drive when his vehicle entered the oncoming traffic lane. The GMC then collided head-on with a westbound 2011 Ford Escape SUV. The impact of the collision caused the GMC to come to a rest blocking both lanes of the road while the Ford overturned off the roadway. Medical personnel responding to the scene transported the GMC driver to a local hospital for treatment of an ankle fracture. The Ford driver was also taken to the hospital to receive treatment for arm and facial abrasions. The passengers of the Ford, a 6-month-old boy, and a 2-year-old boy, were uninjured in the collision. An update regarding the conditions of those injured in the head-on collision has not yet been released by officials.

END_OF_DOCUMENT_TOKEN_TO_BE_REPLACED

A recent Merced County injury accident at Highway 33/140 and Sullivan Road near Gustine left three parties injured. A 42-year-old Gustine resident was driving a 2012 Honda Accord sedan southbound along the highway. At the same time, a 47-year-old Los Banos man was driving a 1995 Dodge minivan eastbound along Sullivan Road. For unknown reasons, the Dodge driver reportedly ran a stop sign and entered the path of the Honda. This resulted in a two-vehicle collision. The Dodge driver was transported via air ambulance to a hospital in Modesto, and his passenger was taken to a hospital in Los Banos, both for treatment of unknown injuries. The Honda driver was also hospitalized for a complaint of pain. Officials have not yet released an update regarding the conditions of those injured in the auto accident.

END_OF_DOCUMENT_TOKEN_TO_BE_REPLACED

A Merced pedestrian accident fatality occurred on the evening of December 28 near 18th Street and G Street. A woman was walking in the area when she was hit by an oncoming vehicle at approximately 6:00 in the evening. The driver of the car involved reportedly fled the scene following the incident, leaving the woman behind to succumb to her injuries. Officials have identified the decedent as 50-year-old Natalia Wood of Merced.

END_OF_DOCUMENT_TOKEN_TO_BE_REPLACED 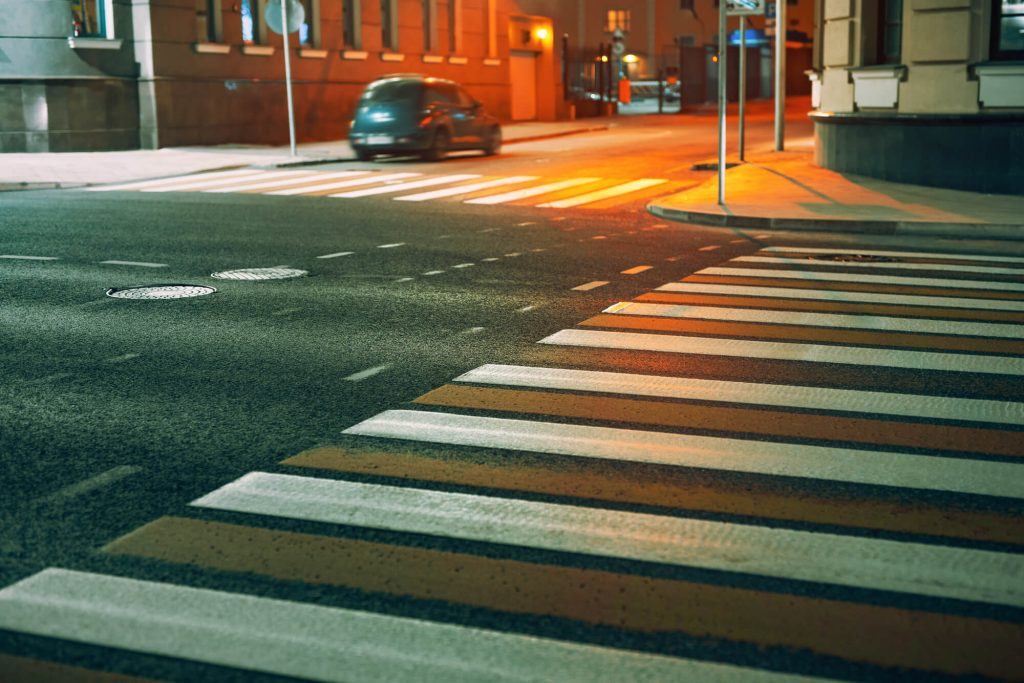 I’m Ed Smith, a Merced personal injury attorney. A local man suffered serious injuries following a hit and run accident in Merced on July 5, 2018. Shortly after midnight, the man was riding his skateboard with a friend to a local convenience store along the 2000 block of R Street when he was struck by an oncoming vehicle, whose driver reportedly fled the scene following the collision. Emergency personnel was dispatched to the scene where they later found the victim unresponsive in the roadway. The victim was transported to an area hospital where he was listed in critical condition the following day. Family members of the victim say that their loved one may face a long road to recovery as he suffered numerous bone fractures from his head to his legs.

END_OF_DOCUMENT_TOKEN_TO_BE_REPLACED 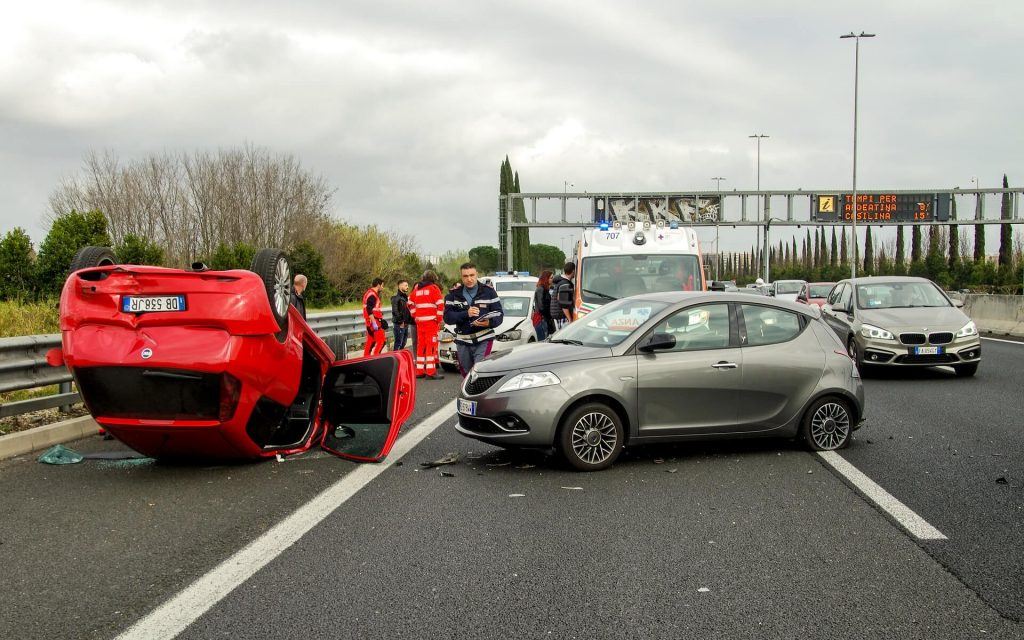 I’m Ed Smith, a Merced personal injury attorney. Officers from the Merced California Highway Patrol (CHP) responded to the scene of a two-vehicle collision at the intersection of Arboleda Road and Highway 140 on April 18, 2018. At the location, they discovered an overturned Chevrolet Tahoe SUV and a Chrysler minivan with front-end damage. The Chrysler driver informed the officers that he had been traveling westbound along Highway 140. He said he did not stop his vehicle at a controlled four-way sign. The Chrysler allegedly collided with the passenger side of the Chevrolet, which entered the intersection after stopping at the marked limit line.

END_OF_DOCUMENT_TOKEN_TO_BE_REPLACED 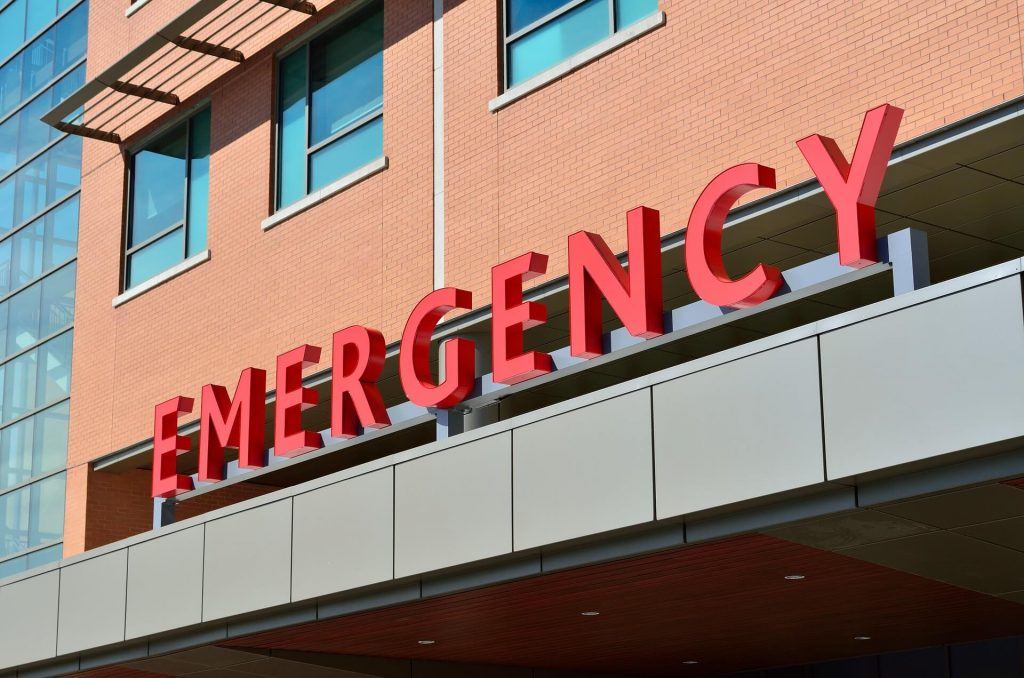 I’m Ed Smith, a Merced personal injury attorney. A truck accident occurred in a rural area of Merced County on the morning of March 17, 2018. Unfortunately, the collision caused a man to suffer serious injuries.