Officials are investigating a hit-and-run crash that killed a pedestrian near Golden Valley High in Merced on the early morning of Monday, August 16, 2021. Officers with the Merced Police Department (Merced PD) responded to the scene shortly before 1:00 a.m. at Watertown Drive and East Childs Avenue.

END_OF_DOCUMENT_TOKEN_TO_BE_REPLACED

Injuries Reported in Hit and Run in Merced Area

The California Highway Patrol (CHP) reported major injuries after a hit and run pedestrian collision in the Merced area on the morning of Thursday, July 22, 2021. The pedestrian accident occurred around 5:45 a.m. on the off-ramp for East 16th Street from northbound State Route 99.

END_OF_DOCUMENT_TOKEN_TO_BE_REPLACED

A fatality was reported by the California Highway Patrol (CHP) after a bicycle accident in Merced County on the night of Monday, July 12, 2021. The traffic collision occurred at Bellevue Road and Utah Street, just a couple miles away from El Capitan High School.

END_OF_DOCUMENT_TOKEN_TO_BE_REPLACED

Two parties were hospitalized after a recent car crash in the Merced area. The wreck occurred shortly after 6:20 p.m. and involved a black Honda.

END_OF_DOCUMENT_TOKEN_TO_BE_REPLACED

Two in Critical Condition After Crash in Merced

Two parties were reported to be in critical condition after a Merced area crash on the evening of Friday, June 18, 2021. The car accident occurred at approximately 6:30 p.m. on Fifth Avenue and East Santa Fe Avenue.

END_OF_DOCUMENT_TOKEN_TO_BE_REPLACED

Officers from the California Highway Patrol (CHP) Merced area office responded to a report of a car accident on Stretch Road and East Santa Fe Avenue on the afternoon of June 11, 2021. The crash involved two vehicles and occurred around 1:00 p.m.

END_OF_DOCUMENT_TOKEN_TO_BE_REPLACED

A Livingston man was seriously hurt after a motorcycle crash on State Route 99 in Merced County on the night of Tuesday, May 18, 2021. According to the California Highway Patrol (CHP), the incident happened shortly after 8:00 p.m. on southbound Highway 99 near Westside Boulevard in Winton.

END_OF_DOCUMENT_TOKEN_TO_BE_REPLACED

One Killed in Fiery Crash in Merced County

The California Highway Patrol (CHP) reported that one party was killed in a fiery crash near the El Nido area in Merced County on the evening of Saturday, December 13, 2020. The deadly car accident occurred shortly after 6:35 p.m. on Highway 59 in the vicinity of Sandy Mush Road. A 2000 Chevrolet Blazer was traveling eastbound on Sandy Mush Road approaching State Route 59. At the same time, a 2004 Ford F-150 pickup truck was headed southbound on SR-59. Both vehicles reportedly collided at the intersection, according to CHP traffic officers.

END_OF_DOCUMENT_TOKEN_TO_BE_REPLACED

The California Highway Patrol (CHP) responded to a call of a fatal big rig collision on Highway 99 near the Merced area on Saturday, December 13, 2020. The incident occurred shortly before 3:00 a.m. along the northbound lanes of State Route 99 in the vicinity of Mission Avenue. According to CHP traffic officers, a driver of a 2020 Jeep Cherokee was involved in a traffic collision with a garbage truck, causing the Jeep to veer out of control and come to a rest in the No. 2 lane. Moments after, the Jeep was hit by a large truck pulling two trailers. The driver of the big rig informed CHP officials that they were unable to see the Jeep. The second truck accident resulted in the driver of the Jeep being propelled from the vehicle.

END_OF_DOCUMENT_TOKEN_TO_BE_REPLACED

The California Highway Patrol (CHP) is looking for a driver after a biker was seriously hurt in a hit and run motorcycle accident in Merced County on Tuesday, November 3, 2020. The incident occurred on Ashby Road in the vicinity of Beachwood Drive. A man riding a motorcycle was headed westbound on Ashby Road. At the same time, a driver of a white Honda Prelude was stopped at Beachwood Drive. For unknown reasons, the Honda driver pulled out in front of the biker, causing the rider to be propelled off his motorcycle. According to officials, the Honda driver reportedly fled the scene before CHP traffic units arrived. The motorcyclist, a 77-year-old man, was transported to the hospital, where he was later listed in critical condition. Additional information on the motorcycle collision, including the identity of the hit and run driver, was not immediately available. 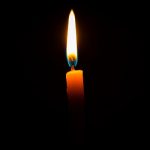