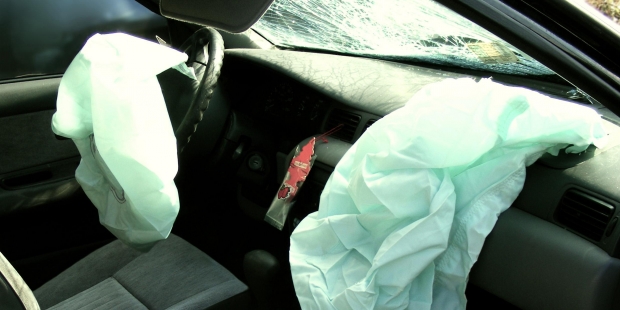 There is little doubt based on safety studies that vehicle airbags offer protection against severe injuries in automobile collisions; that said, the deployment of airbags during a crash can also in and of itself cause injuries – albeit in a vast majority of cases, those injuries were classified as minor.  So while data reveals that airbag deployment can cause injuries – most often to the face, upper extremities and torso – those injuries should be considered in the context of the more serious injuries that the deployed airbag prevented.

Studies have found that the eye area is especially prone to airbag injury, moreso if the party wears glasses.  Such injuries include retinal detachment, lens ruptures and orbital fractures.  Also, when the airbag deploys it releases chemicals which can be injurious to the eyes.  Children seated in front are at risk of eye injuries due to height/position.  However vulnerable the eye/face area appears to airbag injuries, studies have consistently shown that airbag deployment reduces the risk of skull fractures.

END_OF_DOCUMENT_TOKEN_TO_BE_REPLACED 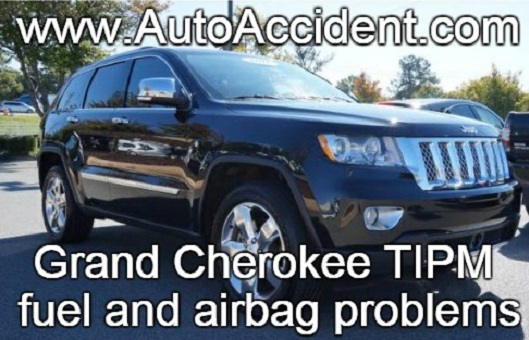 Jeep Grand Cherokee SUVs have been having some TIPM problems lately. The TIPM is the Totally Integrated Power Module. The most notable issue with the Grand Cherokee’s TIPM is the fuel relay. When the TIPM’s fuel relay fails the SUV may stop receiving fuel. This can cause irritating problems such as the vehicle not starting, or the fuel pump staying on which drains the battery while you are not using the vehicle. At this point, we are monitoring the situation. We have heard rumors that failing TIPMs may cause more serious problems such as fuel starvation while the vehicle is in motion. Improper airbag deployment is another possibility that we are monitoring. Of course, any of these issues could lead to a serious injury, or worse.

If you have been injured in a car accident due to fuel related problems or improper airbag deployment it is important that you do not tamper with the vehicle and contact us as soon as possible. Your first call should be to the attorney. Insurance companies will also act quickly to get in touch with you but it will always be in your best interest to get a free consultation from the automobile accident experts at The Edward A Smith Law Offices. Call us any time at 916-921-6400 or visit our automobile accidents page.