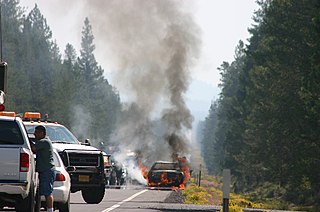 I’m Ed Smith, an Anderson Car Accident Lawyer. A man was killed on Friday, July 21 in a head-on collision along Happy Valley Road.

38-year-old Steven Edward Shields from Anderson, California was identified by the California Highway Patrol as the man killed in the car accident. Steven was driving down Happy Valley Road by himself in a Buick sedan. Headed in the opposite direction was 50-year-old Edwin Boyce, Jr. also from Anderson in a Dodge Ram pickup truck.

According to a report, one of the vehicles crossed the yellow lines and entered the oncoming lane. The pickup truck and the Buick collided head-on. The Buick sedan driven by Shields ignited in flames after the collision. Paramedics rushed Steven Shields to a hospital where he died from his injuries hours afterward.

The driver of the Dodge Ram, Edwin Boyce, also sustained injuries along with all three of his other passengers. The injuries were all classified as moderate to major. Boyce was discovered to have been driving under the influence and was arrested by California Highway Patrol officers. The investigators believe that the influence of the drugs and/or alcohol may have been one of the causes of this accident.

What to Do in a Car Fire

According to the National Fire Protection Association, 445 people died out of around 174,000 total car fires in the year 2015. While car fires are not common, their probability of occurrence increases in the event of a car accident. Some other warning signs are leaking oil or fluid, loud sounds from the exhaust, loose or broken hoses, exposed wiring that can come in contact with metal, and drastic changes in engine temperature or fluid levels.

If you do find yourself caught in a vehicle fire, remain calm. First, stop the car as quickly as you can in a safe place and turn off the ignition. This will stop the flow of fuel and may reduce the chance of an explosion. Exit the vehicle together with all your passengers. Stand back from the fire to stay safe from debris, heat, and toxic fumes. Call 911 and ask for help. It is not advisable to open the hood if a fire is in the engine bay. Opening the hood may provide more oxygen to the flames and cause them to grow more rapidly.

Upkeep on car maintenance is the best way to prevent fires in your vehicle. Be aware of any warning signs discussed above and keep you and your passengers safe.

Here are some other articles from my blog:

I’m Ed Smith, an Anderson Car Accident Lawyer. When a loved one is killed in an accident, it is tragic for everyone involved. My thoughts go out to the Shield Family as well as to the other victims of this horrible accident. If anyone you know is seeking legal advice, I invite them to call my office for free, friendly advice at 530-392-9400 or toll-free at 800-404-5400.

I have been serving the communities of Anderson and surrounding areas in Northern California for 35 years with wrongful death, DUI, and car accident cases. Look over my previous settlements and verdicts to see how I have helped people with similar problems.

I have also created autoaccident.com, a website on legal issues with helpful information for anyone involved in a car accident or personal injury cases.