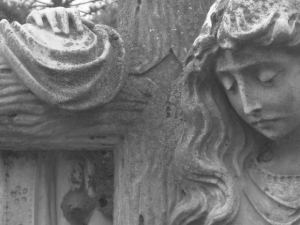 When an Unborn Child Is Killed in a Wrongful Death

A complicated legal question is whether a wrongful death lawsuit can be filed when an unborn child (fetus) is killed by a negligent or wrongful act of another.  Although the loss of an expected child is always heartbreaking and devastating, the parents cannot always recover in a civil lawsuit for that loss.

The answer is – it depends on the state.  40 states acknowledge a wrongful death claim for an unborn child. Over half of those 40 states allow a wrongful death suit only if the fetus was viable at the time of death.  This distinction leads to additional complex questions of viability – is it simply the age of the fetus that determines viability?  Not in reality, but some standards must be adopted and the law of each state must develop its own viability criteria.  More simply, thirteen states recognize wrongful death lawsuits for a fetus regardless of viability.

Currently, ten states do not define a fetus as a “person” regardless of viability within their wrongful death laws. That means that no matter how old the fetus is – if the mother’s due date is the following day and the fetus is killed, there is no basis for a wrongful death claim by the parents.

In California, “[a] fetus is not a person within the meaning of our wrongful death statute until there has been a live birth” Justus v. Atchison (1977) 9 Cal.3d 564, at 579-580.   This means that in our state, the parent(s) cannot bring a wrongful death civil suit if the fetus dies based on negligence or other wrongdoing.  If the parent or parents are witnesses to the wrongful act that brings about the fetal death, however, the parents may have a rightful claim for infliction of emotional distress.

Also, if the fetus sustains an injury while still in utero, then is a live birth but subsequently dies – regardless of the amount of time the child was alive outside of his or her mother – the parents can bring an action for wrongful death based on Civil Code §43.1, which states “A child conceived, but not yet born, is deemed an existing person, so far as necessary for the child’s interests in the event of the child’s subsequent birth.”

Clearly, the issue of accidental fetus death is complicated as well as emotionally charged.  I’m Ed Smith, an experienced Sacramento wrongful death attorney with the primary accident information site on the web, AutoAccident.com.  If you or someone you love has experienced this unfathomable tragedy, call me now at 916.921.6400. If you are outside the Sacramento area, you can call at (800) 404-5400 for free, compassionate advice.

You can find out more about our office by looking at either Yelp or on Avvo, the attorney rating site.