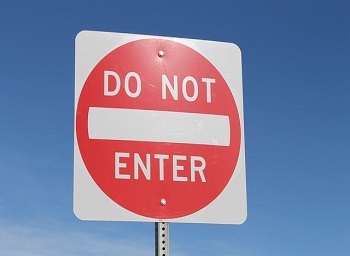 I’m Ed Smith, a Sacramento car accident lawyer. On June 4, a wrong-way driver, traveling along Hillsdale Boulevard northbound near Blue Oak Park, collided with another vehicle, causing an injury in North Sacramento. The California Highway Patrol (CHP) has not released information on the identities of the drivers and whether or not drugs or alcohol was a factor in the collision.

The accident happened shortly after 2:00 in the afternoon at the Hillsdale intersection with Walerga Road when a Toyota Prius crossed over the median and was traveling against opposing traffic. This was when the Prius collided with a Honda sedan. Following the collision, the Honda was over on the right-hand side of the road, while the Prius was facing in the wrong direction. It was reported that the no-U-turn sign was down in the center divide and had to be put back up. Although injuries were reported, the extent is unknown at the time of this report.

Most wrong-way driving accidents happen on exit or entrance ramps to freeways. However, this isn’t always the case. One-way streets and unclearly marked roads can also be areas where drivers mistakenly enter. Some of the reasons for wrong-way collisions are as follows:

Since head-on crashes are common when a vehicle enters opposing traffic, this type of accident often has tragic consequences. The vehicles traveling towards one another at highway speeds experience an abrupt change from 55 mph to zero. The force of the velocity often results in catastrophic injuries or death. Other common injuries include:

I’m Ed Smith, a Sacramento car accident lawyer. If someone you love is killed by a wrong-way driver or if you have been injured, you need the assistance an attorney can provide. Just reach out to me at (916) 921-6400 or (800) 404-5400 for friendly advice that is always free.

If you are thinking of retaining an attorney, you should make every effort to learn about his or her practice. You can find out about mine by using the following links:

I am a member of the Million Dollar Advocates, an organization composed of trial lawyers who have won $1 million or more for clients.