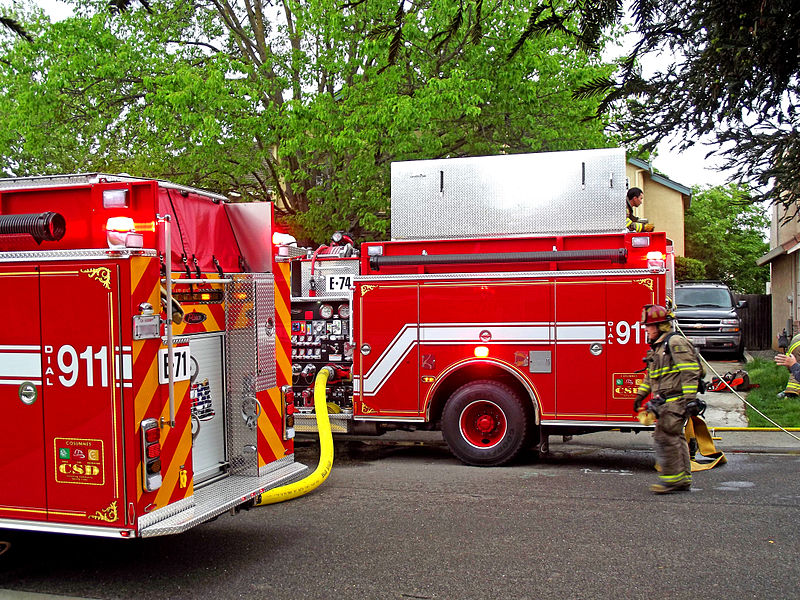 I’m Ed Smith a Ventura personal injury lawyer. An accident that occurred in nearby Camarillo and involved a Ventura County firetruck ended with one person suffering an injury and damage to both vehicles. I want to extend sympathy to the injured driver and hope they will recover soon.

A pickup truck crashed with a Ventura County ladder truck heading to an emergency from the fire department on May 3 at around 4:30 p.m in Camarillo. The crash occurred near Los Posas and Arneill Roads. According to the battalion chief with the fire department, firefighters in the truck were uninjured; however, the pickup truck driver received a significant injury and was transported to the hospital for treatment. Following the accident, the fire truck was stopped in the traffic lane going in the opposite direction on Arneill with damage to its front end. The pickup, which was badly damaged, stopped in a nearby park’s grassy area. Brick, glass and concrete were spread over the street and part of Arneill Road had to be closed.

According to California law, motor vehicles must pull over to allow emergency or code three vehicles with a siren and lights activated to pass. If a motorist is in an intersection, he or she must still pull over to the right  but try to leave the intersection. Emergency vehicles often travel in opposing lanes, so disobeying this law can lead to accidents. In addition, you can not get closer than 300 feet from the emergency vehicle.

In Los Angeles, where a study of accidents surrounding code three vehicles was done, results  showed that over 200 collisions occurred in a five-year period. Because of this, 41 residents and 101 emergency personnel were injured.

Injuries Due to a Collision with an Emergency Vehicle

When an average-sized motor vehicle collides with an emergency vehicle, serious injuries can result due to its size and weight. Such injuries can include: abdominal trauma, injuries to upper extremities, chest trauma or open fractures. While many injuries can heal over time, some traumas such as spinal cord injuries or head and brain injuries may cause permanent and debilitating damage.

In the event the emergency vehicle has not activated its siren and lights or is not actually going to an emergency, the motorist may make a claim against the county or city government. In such cases, it is important to remember that the time limit within which the claim is filed is shortened to six months. After this time has passed, the case will no longer be heard.

I’m Ed Smith, a Ventura personal injury lawyer who has been helping victims of personal injuries or wrongful deaths for over three decades. Call to discuss your accident injuries with me at (805) 372-0200 or (800) 404-5400 toll-free for friendly and free advice.

Client reviews about my practice and how I have helped former clients are found at Yelp and Google.  Avvo has both client and my peers reviews.

I am a member of the Million Dollar Advocates Forum. This is a group of attorneys who have won verdicts and settlements of $1 million or more for their clients.

My Verdicts and Settlements page offers further information about past cases and the settlements and verdicts I won for clients.