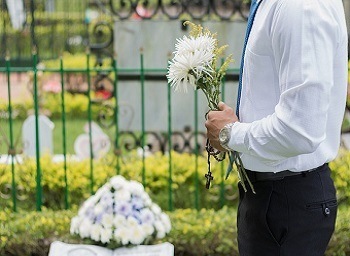 I’m Ed Smith, a Stockton wrongful death lawyer. When a family member dies, you are unable to think of much more than their absence. Suddenly, your family has lost a trusted mother, father, child or spouse and life seems empty. However, soon enough, financial worries will mingle with grief. Today, burial costs and funeral expenses are high, and the loss of the decedent’s financial contribution to the family is gone. If the person’s death was due to negligence, the family can be compensated for their loss.

To begin, let’s define what is a wrongful death. Basically, a wrongful death is one caused by negligence or an unlawful act. Unlawful acts include manslaughter, murder or other types of violence. In such cases, the act is intentional. It is important to remember that insurers do not pay for intentional acts resulting in harm. It depends on the circumstances involved as to whether a wrongful death lawsuit might be filed.

There are many types of negligent acts. They involve:

How Does A Wrongful Death Lawsuit Resolve These Issues

The wrongful death lawsuit is a civil action that brings a claim of seeking damages from the person who caused the death. While a wrongful death lawsuit cannot impose criminal liability for the death, it can be used in some cases to seek punitive damages. Such damages are in response to a an act that is considered to be reprehensible. For instance, driving drunk in some cases, particularly those where it is a second or third offence, can be considered a felony in California. In this case, punitive damages may be awarded to the filers of the wrongful death claim by a jury.

Who Can File for a Wrongful Death

California law is specific about who may file a claim for financial compensation following a wrongful death. This includes:

Damages in a Wrongful Death Lawsuit

Determining damages in a wrongful death lawsuit is complex. Such damages can include:

Determining the Value of Loss

In a wrongful death lawsuit, loss is translated into its financial value. For instance, the support a decedent provided his or her family and would have provided in the future is calculated using certain parameters. The decedent’s age at the time of death, his or her skill level, the decedent’s overall health prior to the negligent act and what the individual was earning are all considered. Factoring these and other elements in allows the court to determine the financial loss the family suffered. Survival actions may also be part of a wrongful death lawsuit, suing the negligent party for the personal injury the decedent suffered before death.

I’m Ed Smith, a Stockton wrongful death lawyer. Grief from the loss of a loved one is compounded when that loved one was lost because of a wrongful death. If you are facing expenses associated with the loss of a family member, please give me a phone call at (209) 227-1931. You can also call (800) 404-5400. I am honored to offer you compassionate advice that is both free and friendly.

I have practiced for over 35 years as an injury lawyer for Stockton and Northern California residents. It has been my privilege to have upheld the rights and claims for fair compensation for many traumatic injury and wrongful death cases.

I belong to a group called the Million Dollar Advocates, which limits its membership to those trial lawyers who have demonstrated verdicts and/or settlements of one million dollars for former clients.

Reviews of my law practice are found at:

If you care to peruse the Verdicts and Settlements list on my website, AutoAccident.com, you can see prior cases and how they concluded.