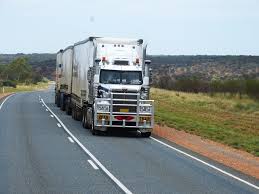 A Sacramento man is dead after being ejected from the cab of his tractor-trailer during a truck accident.

On 13 July, a Sacramento man died after being ejected from his rolling big rig. The man was traveling northbound on Highway 49 at approximately 8:30 in the evening when he lost control of his large tractor-trailer.

The truck with two trailers attached spun out of control after the driver began traveling too fast down a steep mountain grade. The driver attempted to round a corner in this section while traveling almost 40 miles per hour.

While this is a manageable speed for a personal vehicle, it was too fast for the truck. The rear trailer attached to the truck tipped as it rounded the corner. Next, this began to turn the second trailer and the cab of the truck.

As the cab tilted, it ejected the driver. He was then crushed by the rolling truck.

We extend our condolences to the friends and family of the truck driver who lost his life in this tragic truck accident.

The California Highway Patrol (CHP) is still investigating the accident, so the cause is unknown at this time. They do not believe drugs or alcohol played a role. They identified the victim as 42-year-old Michael D. Clark of Sacramento.

Depending on the findings of the initial CHP investigation, the National Transportation Safety Board (NTSB) or the Federal Motor Carrier Safety Administration (FMCSA) may also investigate the accident. Their investigations would examine if the circumstances of this accident show a risk to other drivers.

The truck’s asphalt cargo may have contributed to the accident. Asphalt can be challenging cargo for truckers due to its weight and potential to shift. It does not appear, however, to have had a measurable impact on this accident.

The driver was moving the asphalt from the Carson Hill Rock Products facility in Angels Camp to the Highway 88 repair project in Amador County.

Potential Defect in the Cab

A defect in the cab of the truck may have also contributed to the accident. This driver likely died because he was ejected from the vehicle. If he was able to remain within the cab during the accident, there is a high probability he would have survived the accident.

If a defect in the truck cab caused him to be ejected, the truck manufacturer may hold some responsibility and liability for the truck accident.

A fatigued driver may have been the basic cause of the truck accident. A tired driver will often misread vital road signs and approach turns at the wrong speed. In commercial truck accidents, though, the company the driver works for may hold partial liability for the tired driver. This is the case only if they forced the driver to work hours in excess of federal and state regulations.

Highway 49 is a fairly dangerous road that is prone to accidents because of its narrow lanes, sharp turns, and steep grades. Drivers, however, are warned of many approaching challenges by signs advising drivers of the hill grades and recommended speeds for turns.

If no such signs warned of the approaching steep section and the subsequent turn, the government may be partially liable for the accident. These claims must be filed within six months of the accident, though, according to the California Tort Claims Act.

Please read my reviews on Yelp, Avvo, and Google and my Past Verdicts and Settlements page.

I am also the creator of a large car accident data archive.