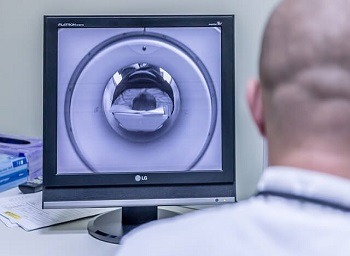 I’m Ed Smith, a Sacramento brain injury lawyer. A recent report from Sweden has linked traumatic brain injury and dementia. In a large-scale study, researchers reported a greater risk of developing dementia if an individual has suffered a TBI.

The researchers looked for all patients who had received medical care for minor, medium or severe head injury and whether this was followed by the onset of dementia. This was compared to controls who never had a head injury. The results showed a correlation between dementia and the past occurrence of a head injury. The correlation was stronger and more frequent for those who suffered significant head injuries.

The association with dementia was greatest for 48 months post-injury. The overall risk was calculated at four to six times greater than individuals who had not suffered a head injury. After the initial four years, the risk level declined, however, there is still an increased risk compared to non-TBI controls. Patients with TBI have a higher risk of dementia for three decades.

The extensiveness of the study in terms of the number of patients provides an unparalleled dimension that other studies lack, according to one neurologist at the University of Oslo. However, she points out that some patients who were diagnosed with TBI may already have suffered from early, undiagnosed dementia. This would be particularly true among those whose TBI was caused by a fall. The likelihood of falling is higher in patients with dementia.

Aside from the possibility of concurrent early-stage dementia that was yet to be diagnosed and TBI, other cases point to a clear correlation between TBI and dementia. For instance, dementia is considered to be a hereditary disease. The study’s authors paid particular attention to twins where one suffered a TBI, and the other did not. In such cases, the risk of dementia was higher in the twin with a TBI than the other twin.

Concordance of TBI and Alcohol Consumption

Another factor that may diminish the study’s conclusion is the increased risk of dementia among alcohol abusers. The consumption of considerable amounts of alcohol causes the death of brain cells. This results in alcohol-induced dementia, often found in middle-aged subjects. By not restricting the study to those TBI patients without a history of alcohol abuse, the results of the study may be affected.

The occurrence of sports and head injuries is an ongoing problem in Sweden as well as the United States. In Sweden, the occurrence of dementia in boxers is well-documented with boxers risk of developing dementia at 200 to 400 times that of non-boxers. One sports medicine physician in Sweden has campaigned against sports that permit knockouts, including some martial arts and boxing.

Incidence of TBI in the United States

In the U.S., 1.7 million individuals suffer a TBI each year. Of this number, 52,000 die from their injury and 275,000 are hospitalized. Over 1.3 million are seen in the emergency room. Those over 75 have the greatest death rate from TBIs. Of all TBIs, 17.3 percent are due to vehicular accidents. Falls still remain the biggest cause of TBI at 35.2 percent.

I’m Ed Smith, a Sacramento brain injury lawyer. Traumatic head injuries are life-altering and may have consequences in the future. If this happens to you or if a member of your family was injured, you need to consult with an experienced injury lawyer. You can reach me at (916) 921-6400 anytime or (800) 404-5400. You can contact me online too for free, friendly advise.

I’ve helped the people of Sacramento for the 35 years. I’ve practiced law in all personal injury cases from motorcycle accidents to wrongful death.

You might want to review some of my case results. Go to my settlements and verdicts page. You can also look at reviews from previous clients on Avvo, Yelp, and Google.

I’ve secured $1 million in verdicts and settlements for clients and because of that was asked to join the Million Dollar Advocates. I am a California member of this forum.

If you want to pursue reading about other personal injury law topics, stay here on AutoAccident.com.