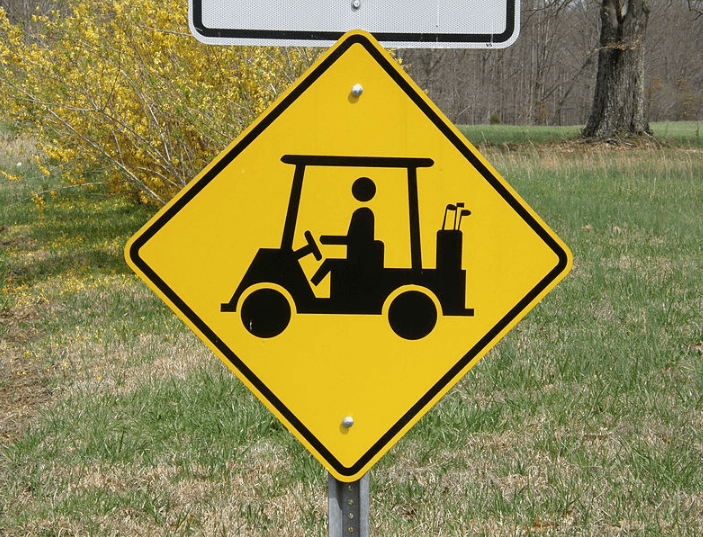 I’m Ed Smith, a Fairfield car accident lawyer. A golf-cart collision that occurred near Fairfield on Sunday, December 31, 2017, left two people with injuries. Officers have said that they suspect DUI to have caused the incident.

Details of The Accident

California Highway Patrol (CHP) officials told reporters that a 65-year-old resident of Pinole had been driving a golf cart around the Green Valley Country Club at the time of the accident. The man reportedly made a dangerous maneuver and consequently drove the cart down a nearby embankment, falling more than 30 feet down before the cart came to a stop.

CHP noted in their report that the accident occurred around 11 p.m.

At the time of the collision, there were two passengers in the golf cart. The first passenger was Sherri Jeha, a 65-year-old resident of Crockett who was seriously injured during the incident and was taken by ambulance to the NorthBay Medical Center for treatment. The second passenger was Christine Forristall, a 63-year-old resident of Pinole. Forristall also suffered severe injuries during the accident and was taken to the VacaValley Hospital by ambulance for care.

CHP reported that the injuries sustained by the two passengers included a broken arm, broken back, and multiple lacerations. Additionally, the driver was reported to have suffered minor injuries.

While investigative officials are still looking into the accident, CHP officers who responded to the accident have reported that they observed multiple objective signs indicating that the golf cart driver had been intoxicated by alcohol while driving.

Individuals who have information they believe could help CHP in their investigation of the auto accident have been asked to call (707) 428-2100 in order to report it. CHP officers indicated that callers with relevant information would be helpful and highly appreciated.

In cases of DUI, the intoxicated driver is always considered negligent and can be held responsible for damages related to the collision. However, the drunk driver isn’t always the only party who can be held liable to pay.

Parties who supply a drunk driver with alcohol or means of driving can share responsibility when collisions occur and can sometimes also be held liable for payment. Situations in which third parties may be liable include restaurants improperly selling liquor or businesses renting vehicles to customers who are obviously drunk.

It’s a well-reported fact but bears repeating; the National Highway Traffic Safety Administration (NHTSA) reports that around 33 percent of all auto accident deaths are at least partially the fault of drivers under the influence of drugs and/or alcoholic drinks.

In Fairfield alone, DUI drivers caused 343 separate accidents between 2010 and 2017, resulting in 469 injuries and 18 fatalities. Additionally, the rate at which fatal injuries are sustained in Fairfield accidents when DUI is involved is over 4 times higher than when it is not.

If you are going to be drinking, make sure that you have a means of transportation that doesn’t endanger you, passengers of your vehicle, or others using the roadway.

I’m Ed Smith, a Fairfield car accident lawyer. An auto accident can have lasting consequences for those involved. If you’ve been injured in an accident, call (707) 564-1900 for friendly legal advice. The call comes at no cost to you. Also, AutoAccident.com and (800) 404-5400 are good ways to contact me as well.

I’ve been helping people from Fairfield to receive fair repayments for damages in cases of wrongful death and personal injury since 1982.

Read reviews of my practice on Avvo (a website for ranking attorneys), Google, and Yelp.

I’m a Million Dollar Advocates Forum trial lawyer. Attorneys in the forum have obtained over 1 million dollars on a client’s behalf by winning or settling a case.

See my Prior Case Settlements and Verdicts here.

My website, AutoAccident.com, is the number one resource for auto accident and personal injury information in Northern CA.