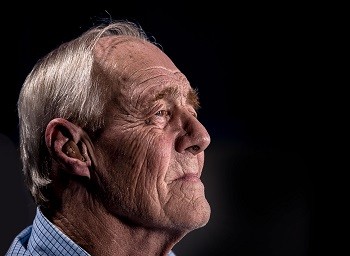 The Reality of Nursing Home Abuse

I’m Ed Smith, a Sacramento nursing home abuse lawyer. Many elderly individuals experience abuse. While this can happen at home or in public, it happens in a third of nursing homes in this country. Let’s take a look at what nursing home abuse is, its incidence and how families can be on alert to detect it.

There are over 15,600 nursing homes in the United States with close to two million beds available. The majority are privately owned at 69.8 percent. About 1.3 million people live in nursing homes. The average expense is roughly $83,000 with 70 percent of residents paying with Medicaid. The cost increases each year, and about 10,000 people born in the 40s and 50s  are reaching 65 every day. The need for more facilities is increasing exponentially.

According to a government committee, approximately 30 percent of all nursing homes are cited for abuse. Of these 9,000 instances of reported abuse, 16 percent were serious, causing significant harm or risk of death. The Department of Health and Human Services has said that 25 percent of abuse is never reported to the police, leaving the chance of repeated instances intact. It is mandatory that abuse be reported to the proper authorities and the incident investigated by the nursing home, local and state law enforcement and state fraud control units for Medicaid and Medicare.

There are different types of abuse.

How to Detect Abuse

Families need to be alert for abuse in any form. Most detection involves observation. For instance,

I’m Ed Smith, a Sacramento nursing home abuse lawyer. It is difficult to talk about the abuse of a vulnerable family member. However, being aware of tell-tale signs and resolving the problem is part of what needs to be done. If this has happened to you or an elderly member of the family, seeking the advice of an experienced injury lawyer can assist in bringing the perpetrators to justice. Call me at (916) 921-6400 or (800) 404-5400. You can also reach me online.

I’ve helped many Sacramento residents in a variety of personal abuse cases from wrongful death to pedestrian and bicycle accidents.

If you are interested in knowing more about my practice, go to Avvo, Google and Yelp.

I’ve won verdicts and settlements of $1 million for some clients. This made me eligible to be a member of the Million Dollar Advocates, an honor I am proud of.

If you’d like to learn more about personal injury law topics, stay right here on AutoAccident.com, the website I founded and own.