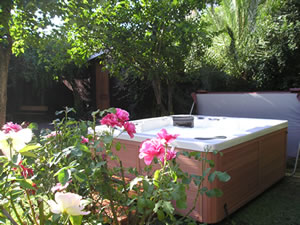 A backyard swimming pool is a wonderful opportunity for family exercise and recreation, and a spa is a great way for adults and kids to unwind. Unfortunately, they are also sources of potential danger due to the frequency of accidental drownings in swimming pools and spas. According to the Centers for Disease Control and Prevention, between 1999 and 2013 nearly 10,000 people died in the United States due to accidental drownings in swimming pools. These deaths aren’t evenly spread over different age groups, however — nearly 40% of those fatalities were among children 1 to 4 years of age. Further, the statistics say that for each incident of accidental drownings in swimming pools that is fatal, another ten children end up in hospital emergency rooms with non-fatal problems that can be very serious, including brain injury from oxygen deprivation that can result in permanent brain injury and disability.

There are many good resources available for swimming pool safety such as those from the Centers for Disease Control. Simple and obvious tips such as keeping a close watch on young children in and around swimming pools and avoiding significant intoxication that can lead to drowning in adults who are swimming are included. Studies also show that taking swimming lessons can very significantly reduce young children’s risk of accidental drownings in swimming pools, perhaps by nearly 90%.