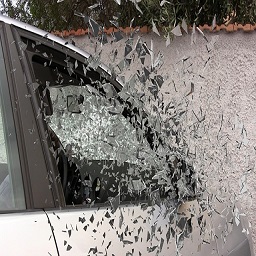 I’m Ed Smith, a Stockton truck accident lawyer. On September 12, a teenager was killed when his vehicle was hit broadside by a dump truck in a rural area south and west of Stockton.

I would like to take this opportunity to express my condolences to the family and friends of this young man.

The accident happened in the early evening on Howard Road as the young man’s Nissan Altima  approached Undine Road from a westerly direction. The California Highway Patrol reported that the Nissan left the road, traveling into a field. The teenager, identified by officials as a resident of Stockton, overcorrected and spun out, ending up back on Howard Road. A dump truck, traveling in the eastbound lane, hit the passenger side of the Nissan, causing fatal injuries to the Nissan driver, according to information provided by the CHP.

The dump truck was described as a Freightliner three-axle vehicle. It was driven by another Stockton resident, age 19. The truck was moving at a speed of around 40-45 mph. Officials said that the Nissan entered directly into the dump truck’s path.

Investigation of the Accident

At this time, an investigation is underway into the accident as to cause. A representative with the CHP said that there is no indication alcohol impairment or drug use was involved. Both drivers used seat belts.

In California, some commercial motor vehicles have a 55 mph maximum speed limit. These include:

In roadways with four lanes, trucks must drive in the righthand lane.

One reason motor vehicles drift off the road is due to distracted driving. This can happen on any type of roadway but is most common on rural roads. Being distracted by a cell phone, tuning a radio, using GPS or talking to another person in the vehicle are all reasons this happens. However, in some cases, talking on a phone can cause cognitive inattention to such a degree that it is referred to as inattention blindness. Even some drivers using hands-free phones who are deep into a conversation may look directly at traffic but fail to see what is happening around them. Overall, drivers on a cell phone are oblivious to about 50 percent of what they actually visualize, according to the National Safety Council. Since, according to the National Highway Traffic Safety Administration, almost 9 percent of drivers are using a cell phone at any given time, cognitive inattention can be dangerous to other motorists.

Annually, 43,500 motorists die and of that number 21 percent are talking on a cell phone at the time of the accident. While fewer people are killed due to texting, surveys have determined that 30 percent of drivers say they have texted or responded to an email while driving.

A study at Carnegie Mellon University showed that speaking on the phone took brain activity out of the parietal lobe of the brain, an area needed for driving comprehension, by 37 percent. In addition, normally the occipital lobe of the brain processes visual input. While talking on a cell phone, activity in this area is decreased. Since the brain must relinquish activity from one area to another while multitasking, the study showed that attention is directed away from driving when doing two activities that require cognitive thought. This can result in departing from a lane or drifting off the road.

Overcorrection is often found in inexperienced, newly licensed truck drivers. Knowing what to do in an emergency often comes with experience. Overcorrecting can result in other accidents such as a rollover or jackknifing.

For over 35 years, Northern Californians, including Stockton, have benefited from my experienced legal team to obtain the compensation they deserve for their traumatic injury and wrongful death claims.

A grouping of some of my previous cases and their results is found at Verdicts and Settlements.

When you want to retain an injury lawyer, it is useful to know how former clients rated their services. Client reviews and ratings for my law practice can be found at Google, Yelp, and Avvo. They will give you insight into how others have been helped.

Million Dollar Advocates Forum admits only the top 1 percent of trial lawyers who have won settlements and awards of $1 million or more for clients. I belong as a California member.

To find comprehensive pages on many types of personal injury law, please look around my website, autoaccident.com, which I founded and own.