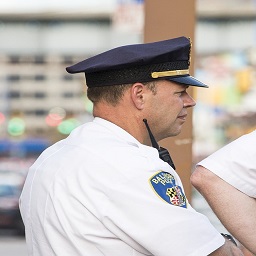 I’m Ed Smith, a Sacramento Premises liability lawyer. With one pre-season game under its belt, the Sacramento Kings have five more to go before the regular season starts on October 18 at Sacramento’s Golden One Center, owned by the city and operated by the Sacramento Kings LP, LLC. The stadium has a capacity of 17,600 for basketball games and 19,000 for concerts.  With the tragedy in Las Vegas so fresh in everyone’s mind and heart, it is important that fans know the steps sports stadiums must take to keep fans safe.

Sports stadium capacity varies according to the location and the type of team. For instance, some are capable of holding up to a maximum of 100,00 football fans, others 20,000 pro hockey fans or about 40,000 baseball fans. Anyway you think of it that’s a lot of people in one place at one time. Routinely, fans are able to gain access to the field or playing court, and in 2015, the sports world was stunned when an explosive detonated outside the national stadium of France with a capacity of 81,000 only because the terrorist carrying the explosives was denied entry.

Generally, the higher the profile, the higher the risk. The number of people attending sporting events in a confined area makes such events a prime target for terrorists or a mass murderer. Faced with such threats, stadiums have implemented safety precautions that prevent such tragedies, including intense security presence, enhanced detection modalities and electronic and cybersecurity.

Property owners are responsible for preventing foreseeable crimes, and if this is not done, the owner can be found to be negligent. At issue is what is a foreseeable crime by a third party. An example might be if a parking lot was the site of several assaults in the past, the owner of the lot is obligated to take security precautions to protect customers. If the precautions were not taken and the customer was raped or suffered traumatic injuries such as brain injury, the victim may be able to file a negligent security premises liability claim.

The prospect of foreseeability is an important area when proving negligence. Some stadiums ask fans to waive certain acts when they purchase a ticket. Others may claim lack of foreseeability when a large scale attack occurs. However, given the times within which we live and the number of terrorist and other attacks such as the one in Las Vegas, the era suggests that sports stadiums are already aware of the possibility that an attack can occur. Speaking with an attorney experienced in matters of security if you were injured or if a loved one was killed due to an act of violence helps determine your options.

I’m Ed Smith, a Sacramento premises liability lawyer. When someone you love is fatally injured at a public event or you are hurt, you need to know what you can do to pay for medical expenses, lost income, pain and suffering and other damages the incident caused. Call me at (916) 921-6400 to discuss your options or (800) 404-5400 out of the area.

I have worked with many Californians as an injury lawyer to obtain the compensation they need in wrongful death and catastrophic injury claims. Insurance companies and private owners often try to low ball the damages to save money. This is not appropriate, and my team and I do all we can to change that.

We have won verdicts and settlements you might be interested in. I am proud to be a member of the million dollar advocates forum that limits membership to attorneys who have won $1 million dollars for clients. If you are looking for information on other law topics, look around the website you’re already on, www.autoaccident.com. I created and own it.