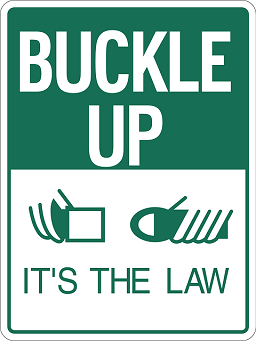 I’m Ed Smith, a Citrus Heights car accident lawyer. There is no question that seat belts save lives. However, some Californians avoid wearing a seat belt on a regular basis. This can result in a higher incidence of serious injury and death in car accidents.

In a large scale study, the National Highway Traffic Safety Administration found that the use of seat belts reduced the number of fatal crashes by 50 percent. In the year 2015, that kept 14,000 individuals alive after a serious car accident. While air bags are also effective in reducing injuries and death, seat belts provide the greatest protection. A combination of both seat belts and air bags offer even greater protection. Conversely, 50 percent of those who died in car accidents did not wear seat belts.

Demographics of Seat Belt Use

Overall, some similarities are found in those who refuse to wear seat belts. According to the Centers for Disease Control and Prevention, the following has been observed:

The California Highway Patrol (CHP) warns motorists that they risk getting a traffic citation by not wearing a seat belt. Since California is a primary enforcement state, a police officer can stop a vehicle if seat belt use is not visualized. This has been a major factor in increasing the number of motorists who use seat belts.

Recalls are common in motor vehicle seat belts. In 2017, Ford issued a recall affecting 117,000 SUVs and trucks. The issue was defective bolts that might fracture, adversely affecting the back of the seat, the seat belt or the buckles, according to Consumerist. In September, Fiat Chrysler also issued a recall for almost 50,000 minivans. The company said that the seat belts in about one-third of their Pacificas could come unlatched during extreme maneuvers. However, this defect could cause additional danger if the driver was involved in a motor vehicle accident.

Reduction of Fatalities by Accident Type

Seat belts are most effective in preventing deaths in rollover car accidents. The vast majority (69 percent) of fatal injuries are due to an individual being ejected from the vehicle in rollovers. Seat belts reduce fatalities due to ejection by 74 percent. Side-impact collision fatalities were also reduced by 10 percent.

I’m Ed Smith, a Citrus Heights car accident lawyer. Motor vehicle accidents can result in terrible injuries or a loved one’s death. While most are caused by driver error, some are caused by defects in the vehicle itself such as the seat belts. If you or your family are injured or you have lost a loved one due to defective motor vehicle products, call me at (916) 921-6400. Long-distance callers can phone (800) 404-5400. We also offer a contact form online on my site, AutoAccident.com. I am always available to offer you free and friendly advice.

It has been my honor to have served the residents of Citrus Heights and Northern California for 35 years to obtain financial compensation for their traumatic injuries and the wrongful deaths of loved ones.

A list of prior cases and their conclusions can be found at Settlements and Verdicts. Comments and reviews are located at Yelp, Google and Avvo.

I am a California Million Dollar Advocates member. All the members of this national group have gained verdicts or settlements for clients of $1 million.