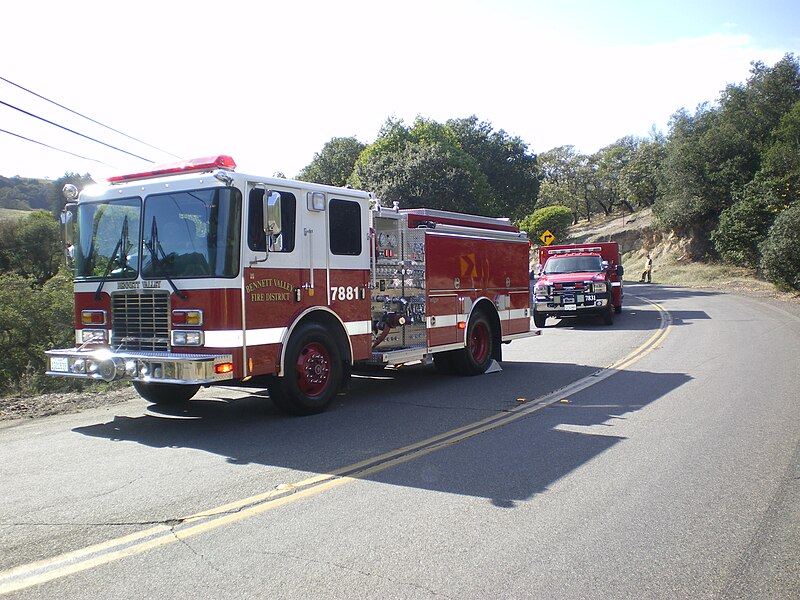 Every year, an average of about one hundred firefighters are killed and 100,000 are injured in the line of duty from a number of different causes such as extreme physical exertion, or medical conditions, hazards at a fire, and motor vehicle accidents. Between twenty and twenty-five percent of on-duty firefighter deaths occur in motor vehicle accidents. This makes car accidents the second primary cause of death for on-duty firefighters. Fire truck accidents occur at a rate of about 30,000 accidents a year, and they potentially have devastating consequences for both the occupants of the vehicles and for a community. According to statistics from the National Highway Traffic Safety Administration and the United States Fire Administration (an agency of the Department of Homeland Security), firefighters often fail to fasten their seat belts while traveling at high speeds in the fire truck, perhaps due to the need to exit the truck quickly and render aid. This puts them at extreme risk for injury if the truck crashes or rolls over.

This summer, a serious accident involving a United States Forest Service fire truck happened in Fresno County near Clovis. The accident happened early Sunday morning when the wildland fire truck was on its way to provide additional fire suppression aid and support to the Sierra National Forest. The fire truck was sideswiped by a merging SUV and the collision sent both vehicles out of control and rolling. The fire truck rolled four times before it smashed into an open field. Fortunately, no one was killed in the accident, but six people, including the five firefighters on the truck and the driver of the SUV were injured. It is probable that no fatalities occurred due to the fact that everyone was wearing their seat belt. The number of times the wildland fire truck rolled could have resulted in numerous deaths if the occupants had not been wearing seat belts.

Not only are fire truck accidents potentially fatal for firefighters, but they also can cause significant damage to the motor vehicles and motor vehicle occupants that are involved in the accident. Another accident happened this past summer in Los Angeles County that involved a speeding fire truck that was responding to a brush fire. A passenger vehicle was turning left when the fire truck, with its lights and sirens on, passed the vehicle on the left slamming into the vehicle and dragging it a ways before coming to a stop. The driver of the vehicle was pronounced dead at the scene, while his passenger was airlifted to a nearby hospital. With the large size of fire trucks and the fact that they typically travel at high speeds when responding to emergencies, it is no wonder that they have the potential to cause or be involved in devastating accidents.

Accidents involving fire trucks are more common than you may think. Fire truck accidents can be catastrophic for both fire truck and motor vehicle occupants. They can cause severe physical injuries and even death. If you or a loved one are involved in a fire truck accident, it is important that you contact an experienced Sacramento Fire Truck Accident Attorney to help you with your case so that you can get the results you deserve.

Check out this summary of our Verdicts & Settlements.