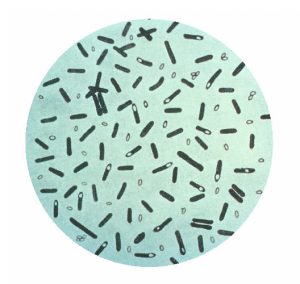 I’m Ed Smith, a Sacramento Personal Injury Lawyer. Botulism is a serious type of food poisoning that can occur if you ingest food that contains a neurotoxin produced by a bacterium called Clostridium botulinum.  Clostridium botulinum bacteria tend to thrive and produce the neurotoxin in an environment with little oxygen, such as that found in canned goods.  Even a tiny amount of the neurotoxin can cause you to be severely ill.  While botulism is not the most common form of food poisoning, it can be deadly if the illness is not caught right away and properly treated.

Typically, there are up to thirty cases of botulism food poisoning every year in the United States.  Oftentimes, many of these cases are linked to the same source, whether the contaminated food was from a restaurant, supermarket, or even the canned goods in your pantry that you processed yourself.  Early signs that you may have contracted botulism are feelings of fatigue and weakness, which can be followed by dry mouth, difficulty speaking and swallowing, and blurred vision.  Diarrhea, vomiting, and abdominal swelling can also occur.  As the illness progresses, you may feel weak in the arms and the neck, and you may also experience paralysis of your lower body and of your respiratory muscles, making breathing difficult.  These symptoms will usually appear within twelve to thirty-six hours after you are exposed to the toxin.

Diagnoses and Treatment of Botulism

If you believe you have contracted botulism, it is important that you seek medical treatment right away.  After a clinical examination, a health care provider will likely perform laboratory tests to confirm the presence of the toxin in your body.  If you happen to have the food that you believe made you sick, tests can also be done to confirm the presence of the toxin in the food.  Upon confirmation that you have botulism, an antitoxin will likely be administered.  In extreme cases, it is possible that you will require supportive treatment, like a machine to help you breathe, which can be required for weeks or even months.  While it’s difficult to prevent botulism from sources you have no control over, such as the presence of the toxin in the food you order at a restaurant, you can take steps to prevent the illness in your own home.  Make sure to keep your food preparation area clean, take care when handling raw foods, cook foods thoroughly, and store food at safe temperatures.  While these steps are not one hundred percent foolproof, they can go a long way towards preventing most kinds of foodborne illnesses.

If you have become ill due to botulism, it is possible that you have a claim for damages against a food distributor, food retailer, restaurant, or other food company, especially if you are able to trace the toxin back to its source.  While botulism outbreaks are rare, when they do happen, they are considered public heath emergencies particularly because botulism can result in paralysis or even death.  Accordingly, if you believe you may have contracted the foodborne illness, it is important that you seek medical treatment right away, and help to identify the source of the illness so as to prevent additional cases.  If the source of the illness is identified, you and others who are affected by the illness can hopefully be effectively treated by the antitoxin, and a successful claim against those responsible for your illness can help compensate you for any past and ongoing treatment, not to mention other damages you may incur like therapy and recovery costs, pain and suffering, emotional distress, lost wages, and/or lost quality of life.

As a Sacramento Area Botulism Food Poisoning Lawyer, I’ve been helping families recover compensation for their personal injuries and wrongful death since 1982.

Take a moment to look at my client and peer reviews on Yelp, Avvo, and Google.

I’m a California member of Million Dollar Advocates Forum. We are a forum of successful trial attorneys who’ve won numerous case verdicts and settlements worth over a million dollars.

View my list of successful Past Verdicts and settlements.

I’ve been practicing in personal injury law exclusively for more than 3 decades. 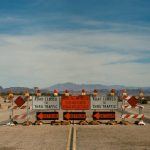 The busy commuter route of northbound I-5 at the Yolo Bypass had all lanes blocked on Monday due to a big rig crash. 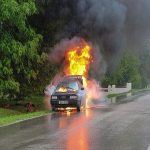 A major injury was reported in Fair Oaks at a local intersection on November 27 at the intersection and caught on fire as a result.