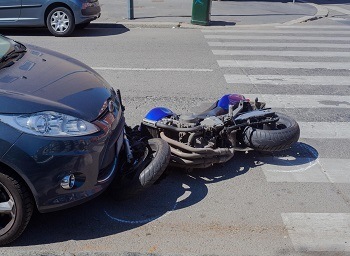 I’m Ed Smith, a Roseville personal injury attorney. A July 22 collision in Sutter County took the life of a Roseville man when his motorcycle was struck by a drunk driver. The collision occurred along Riego Road, which is west of California State Route 99. The driver who caused the collision was placed under arrest, according to the California Highway Patrol (CHP), on charges of vehicular manslaughter, DUI and child endangerment because there were two children in his vehicle at the time of the crash. I would like to extend my prayers and sympathy to the friends and family of the young man who died in the collision with the hope that they may find solace in their time of sorrow.

The accident occurred at about 4:40 in the afternoon when Noe Ayala, age 21, was heading west on his motorcycle and was struck by a vehicle that drifted into his path and hit him head-on, according to the CHP.  The driver of the motor vehicle was identified as Zachary Becker, 33, and a Rio Linda resident. Also in the vehicle was a woman and two children, ages seven and four. No one in the vehicle was injured in the collision. Becker was taken to the jail in Sutter County after being placed under arrest.

Motorcycle riders aren’t involved in head-on collisions as often as motor vehicles. However, when they are, this type of accident can leave the rider with devastating injuries or cause their death. Some reasons the driver of a motor vehicle can cause a head-on crash with a motorcycle are:

A motorcycle crash with a motor vehicle can cause a rider to be thrown off the bike causing serious injuries such as:

Drunk driving is a formidable problem in the United States. While only one million drivers are arrested each year, approximately 111 million motorists have confessed to drunk driving in self-reporting surveys. In 2016 alone, 10,427 people died in drunk driving accidents. Annually, 1,223 children are killed in roadway accidents. Of these, 17 percent involved drunk drivers. Overall, 20 percent of children under 15 who are killed in a passenger vehicle due to a drunk driver are in the same car as the impaired individual.

Impairment Not Limited to Alcohol

Other substances are involved in approximately 16 percent of car accidents. The substances include both prescription, over-the-counter and illegal drugs as well as marijuana. On weekends and during nighttime hours, 13 percent of drivers have used marijuana before or while driving. This group of drivers is involved in 25 percent more accidents than drivers who are not impaired with marijuana.

I’m Ed Smith, a Roseville personal injury attorney. If a member of your family was killed by a drunk driver, you have the right to be compensated for the financial loss associated with the fatality. While this will not lessen the grief you are experiencing, it will avoid the monetary hardship their death caused you and your family. Call me at (916) 921-6400 locally and (800) 404-5400 outside the area code. I will provide you with free and friendly legal advice.

I’ve helped residents of Roseville for the past 36 years to obtain the compensation they deserve in a variety of accident injuries, including pedestrian or motorcycle accidents.

I’m a member of the Million Dollar Advocates. This is a forum of top-ranking trial attorneys who are invited to join only if they have worked out a settlement or obtained a verdict of over $1 million for a former client.

If you would like to know more about my practice, check out reviews by my peers and clients, and look over some of the ways I have resolved previous cases, click on the links below: