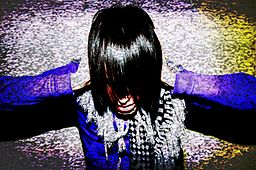 Tinnitus is the medical word to describe ringing or buzzing noises in the ear.  Medically speaking tinnitus is a diagnosis but is not a disease.  It is a condition that is associated with another injury, trauma or disorder.  While tinnitus may feel like it just occurred out of the blue one day but it is a sign that something is wrong somewhere else.  The initial event of causation may have been days or weeks earlier.

A diagnosis of tinnitus after a car accident occurs in some patients.  In car accident cases, this diagnosis is associated with injury victims who have sustained a traumatic brain injury (or TBI.)  Tinnitus in this case occurs when trauma causes the brain function to alter.  Tinnitus is usually not an initial diagnosis seen immediately after the car accident as typically the accident victim may have had other medically urgent medical issues upon intake at the emergency room.  Tinnitus is often a diagnosis that occurs perhaps weeks after the car accident.  Often the TBI victim will be so focused on another injury – perhaps a headache, a lung contusion or broken leg, that they may initially give little thought to the ringing in their head. They often suffer headaches and believe when the headaches improve the tinnitus will improve.  However at some point the TBI victim realizes the ringing is not going away and seeks treatment for the tinnitus. It is often weeks after the car accident that the tinnitus diagnosis is first made.

The course of treatment that will be prescribed by a medical provider can be varied.  Treatment for tinnitus can involve anything from medications to noise suppression devices to ‘white noise’ machines.  Some medical providers have found that antidepressants can help treat tinnitus. Counseling to help ‘retrain’ the brain may also be prescribed. Since tinnitus disrupts the brain, many report increased anxiety and loss of sleep.  Counseling may be prescribed to deal with these issues.  Alternative medicine recommends natural remedies such as acupuncture, hypnosis, the ginkgo herb, and zinc supplements.  If a tinnitus sufferer chooses to use a support group make sure that the information provided is accurate.  Support groups that are facilitated by a physician or audiologist or other medical practitioner are recommended.

Some who sustain traumatic brain injury and tinnitus after an accident report improvement while others do not respond to treatment. Those who are diagnosed with tinnitus may need to try different modalities until they find relief.

We at the Edward A Smith Law Offices have represented many people who have sustained a traumatic brain injury following a car accident that later resulted in tinnitus.  We truly empathize with them.  If you have or a loved one have been involved in a car accident resulting is a brain injury, please call us at 916.921.6400 to discuss your claim, your diagnosis and any concerns you may have regarding treatment. To learn what other are saying about our office, see reviews left by our past clients on our Facebook page, Avvo, Google or Yelp.