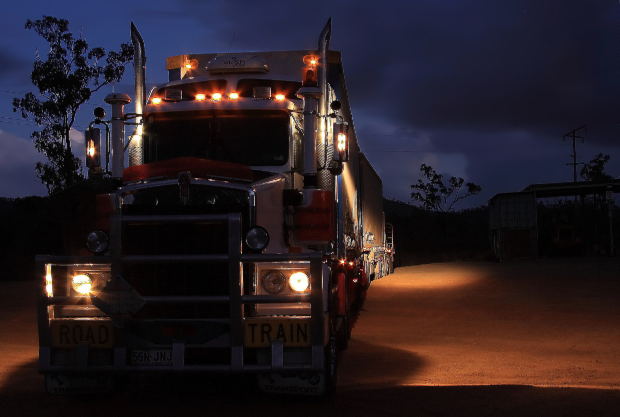 A review of cases involving parked tractor trailers demonstrates that liability for injury and/or death  can occur even when a tractor trailer is parked.

In 2010, the case Lawson vs. Safeway, Inc. went to trial.  The case involved tractor trailer owned by Safeway.   The driver of the Safeway semi had parked the tractor trailer legally on the side of US Highway 101.  Despite being parked legally the tractor trailer had blocked the view of oncoming traffic.  A driver, Mr. Kite, was attempting to cross and turn onto Highway 101. As he attempted the cross, Mr. Kite’s vehicle struck a motorcycle being ridden by a married couple, the Lawson’s. Mr. Kite could not see the oncoming motorcycle due to the parked semi.  The Lawson’s suffered severe injuries as a result.

Liability was disputed and the Lawson’s eventually filed a lawsuit against Mr. Kite and Safeway (the owner of the tractor trailer) and the State of California (CalTrans).  A jury would have to apportion liability between the vehicle that struck the Lawson’s (Mr. Kite), the Safeway tractor trailer that had blocked the view and the State of California for the road design and lack of signage prohibiting parking.

The jury that heard this case and apportioned fault for the plaintiff’s injuries between Mr. Kite, the driver that struck the Lawson’s, as being 30% liable.  They found the Safeway tractor trailer to share 35% of the liability for obstructing Mr. Kite’s view.  The State (CalTrans) was found to be liable for 35% of the injuries for road defect and failure to have signage prohibiting vehicles from parking right off the freeway.

Consider the case of Cabral v. Ralph’s Grocery which was heard before a jury in 2011.  In this case, a tractor trailer driver had parked his semi truck illegally off the freeway to eat a quick snack.  During this momentary stop, a driver (Adelelmo Cabral) veered off the the freeway at a high speed and ran into the stopped tractor trailer.  (Mr. Cabral had either fallen asleep or lost control due to a medical condition.)  Mr. Cabral’s wife sue Ralph’s Grocery and the matter went before a jury trial.  The jury found the Ralph’s semi truck driver to be 10% at fault for the collision.  Ralph’s appealed the trial verdict which found them 10% at fault. The Court of Appeal reversed the trial verdict and stated that in this matter they believed the Ralph’s driver, despite being parked illegally, could not be liable for the collision between as the driver lost control of his vehicle which caused him to strike the stopped truck.  The court felt that the Ralph’s truck driver owed no legal duty to Mr. Cabral.

Each case has unique circumstances that will need to be taken into consideration when evaluating the liability of a parked tractor trailer that is involved in a collision.

My firm, the Edward A Smith Law Offices, has been handling trucking cases for more than 30 years now.  Over the years, I have been involved in several trucking cases, that involved parked tractor trailers.

Since a case involving a parked tractor trailer may ultimately be heard before a jury a person selecting a personal injury lawyer will want to make sure they feel comfortable with the lawyer and staff.  Additionally, since these cases may go trial, the attorney you choose needs to have the funds necessary to cover the expenses associated with a trial.

Get to know our office and the staff here by going to my website, www.AutoAccident.com.  You can also see what my past clients and other lawyers are saying about my practice on Avvo.  Of course, Yelp is also a great place to find reviews.

If you have been involved in an accident with a parked tractor trailer feel free to discuss this matter with me for a free no-obligation consultation.  I can be reached via e-mail at ed@autoaccident.com.  If you’d like to call I can be reached at (800) 404-5400 or (916) 921-6400.