Seven-Vehicle Crash Reported on I-80 Near Winters Street

A major multiple-vehicle crash was reported in North Highlands on September 18, resulting in injuries. The accident occurred along westbound I-80 just west of the Winters Street off-ramp around 5:51 a.m. and reportedly involved seven vehicles. A gray vehicle was allegedly sideways in the number one lane and struck by another car, which set off a chain reaction involving others.

Major injuries were reported in the collision, according to the California Highway Patrol (CHP). All the westbound lanes were blocked by the collision, and numerous near misses occurred with oncoming traffic. An investigation is underway by the CHP to determine how the multiple-vehicle accident happened.

When a car breaks down on the highway or a fender-bender occurs, it can quickly turn into a multiple-vehicle accident. Because traffic can be highly congested and vehicles are traveling at highway speeds, they often don’t have the ability to stop or get out of the way in time. However, most of these accidents have multiple drivers who are negligent. This is why you can use the help of an injury lawyer to get fair compensation if you’re harmed in an accident involving multiple vehicles.

What Types of Negligence Are Common on Highways?

Many highway accidents are caused by speeding, but there are other types of negligence that can contribute to a multiple-vehicle crash such as the following:

Why Do I Need a Lawyer to Recover Compensation?

When a multiple-vehicle crash occurs and liability hasn’t been determined, those who are involved often retain a lawyer to protect them. Admitting to negligence in an accident can end up having their insurance rates go up, and in some cases, may result in their driver’s license being suspended if they were drunk or using drugs at the time. An injury lawyer can protect your rights and determine which driver/drivers were responsible for the crash.

Once the at-fault drivers are determined, the lawyer can take the gathered evidence to build a strong case that supports your compensation claim. The attorney can also determine how much you should be able to recover in damages and deal with the insurance company for you. This allows you to recover from your injuries while knowing that your case is in good hands.

I’m Ed Smith, a North Highlands personal injury attorney. Give us a call when you’ve been injured because of someone else’s negligence at (916) 921-6400 for free and friendly advice on whether you can file a compensation claim. You can also contact us at (800) 404-5400 or online.

Find out how others have been helped by our injury lawyers below:

We are honored to belong to the associations that follow, which show the dedication our accident attorneys have in helping others: 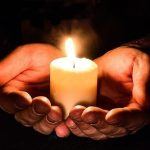 A hit-and-run in Sacramento in the Oak Park area along Broadway near Elby Lane caused the death of a female pedestrian on August 29.