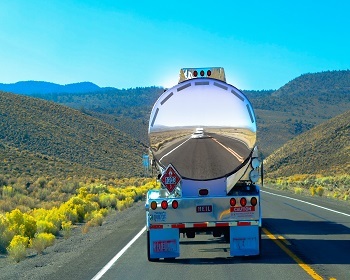 Motorcyclist Death on I-80 Near Roseville

I’m Ed Smith, a Roseville motorcycle accident attorney. A lane splitting motorcycle rider died January 28 along Interstate 80, when the motorcycle he was riding crashed into several other vehicles. The westbound lanes of the interstate close to Roseville had to be closed down while the crash site was cleared, according to a representative from Caltrans.

The accident occurred shortly after 5:30 in the afternoon as the motorcycle rider tried to change lanes near the freeway center. The California Highway Patrol (CHP) stated that after sideswiping a Lexus luxury sedan, the rider lost control of his bike and slammed into a Porsche’s back. In a report by KCRA, one of the vehicles involved in the accident was identified as a truck. The second collision caused the motorcyclist to be tossed from his bike. The Citrus Heights resident was then declared dead at the accident scene.

We extend our condolences to the family and friends of the motorcyclist who passed away in this tragic crash.

Roseville confirmed nine motorcycle collisions with motor vehicles in 2015 that caused fatalities or injuries. Citrus Heights reported 30. In Sacramento County, there were a total of 568 injuries and fatalities attributed to motorcycle crashes with other vehicles, while 105 occurred in Placer County as reported by the California Office of Traffic Safety.

Truck crashes at night involve more than just how the accident occurred. In dim light or restricted visibility, the question becomes why did the crash occur. Due to a problem with recognizing a long surface in relation to the ground at night, many motorists are unable to perceive that a truck is in the lane in front of or to the side of their motor vehicle. This leads to crashes into the side or rear of a truck by the passenger vehicle.

Due to the inability of motorists to “see” a truck at night or be able to judge the speed at which the truck is traveling, more truck crashes occur at night. Studies were done by the University of Michigan and the National Highway Traffic Safety Administration supported this. In 1992, the first of three sets of regulations were initiated for trucks manufactured after December 1, 1993, requiring trucks to display reflective tape, enhancing their visibility. In 1996, these regulations were extended to include those truck tractors made after 1997 be outfitted with conspicuity materials. In 1999, the regulations were amended again to include truck trailers made after 1993 – required that trucks be outfitted with conspicuity materials before 2001.

How Conspicuity Materials Are Used

Federal regulations offer two ways for trucks to use materials to make the vehicles more conspicuous:

Both methods must be in line with requirements set by Federal Motor Vehicle Safety Standards. The materials are intended to be across the back of the truck or trailer and along the sides. Height is important since materials that are too high may be out of the line of sight for passenger vehicle headlights. The reflectors or tape can be no higher than 60 inches from the ground. The tape on trailers can be broken up into discrete groupings but must cover a minimum of 50 percent of the surface.

Although studies have shown that the use of conspicuity materials prevents accidents and injuries/fatalities, some truckers or trucking companies fail to heed the regulations. Others allow roadway dirt to obscure the reflective material and diminish its effectiveness. Both lead to rear underride accidents and side crashes. These negligent acts can be used to show that the driver might not be at fault for hitting a truck in dim light.

I’m Ed Smith, a Roseville motorcycle accident attorney. Because of the lack of protection, even with advances in the field, motorcyclists are prone to serious injuries when in an accident. If this has happened to you or you have lost a family member because of another individual’s negligence, give me a call at (916) 921-6400. I am here to offer you friendly and free advice for your situation. Outside the area code, use the toll-free line at (800) 404-5400, or access our convenient online contact form. It will be responded to promptly.

Ratings and comments by former clients can help when seeking legal representation. Look mine over at:

For added information, Verdicts and Settlements, on my website, AutoAccident.com, offers a list of some of our past cases and their results.

I have served the people of Roseville, Citrus Heights and the rest of Northern California for over 35 years as an injury lawyer, including wrongful death and brain injury.

Million Dollar Advocates allows membership only from the nation’s top trial attorneys with records of million dollar settlements or verdicts for their clients. I belong to the California sector as a million dollar advocate. 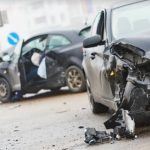