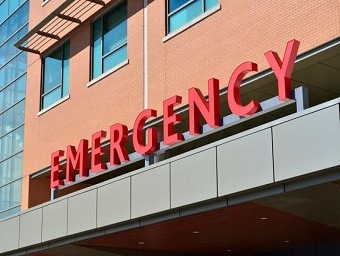 I’m Ed Smith, a Sacramento motorcycle accident lawyer. A recent collision almost ended in tragedy for a motorcycle rider except for the quick thinking and action by a nurse in Citrus Heights who happened to be off-duty. The man’s motorcycle had crashed with a truck, and the collision had left him with no pulse. The registered nurse, who stopped to try and help before the arrival of Sacramento firefighters and police from Citrus Heights, performed CPR until first responders arrived to take over. According to Lt. David Gutierrez, the man’s life was saved when his heart started beating once more.

According to a representative of the Citrus Heights Police Department, they received a phone call stating that a collision had occurred between a motorcycle and a truck. It was reported that the truck had performed a U-turn that was illegal. No additional information has been released on the condition or identity of the motorcycle rider or whether the truck driver was cited in the accident.

Data released by the National Highway Traffic Safety Administration shows that fatalities to motorcyclists caused by motor vehicle collisions rose by 5.1 percent in 2016 from the previous year. With nationwide deaths of 5,286, the numbers have risen every year since 2007. One of the reasons is the increase in the number of motorcycle owners. Negligence, on the part of both drivers of passenger vehicles and motorcyclists themselves, is a factor in the majority of crashes that cause severe injuries and fatalities.

According to statistics, 72 percent of all motorcycle crashes that happen with other vehicles are front-end collisions. The number of rear-end collisions to motorcycles is only 7 percent. The most common reasons for motorcycle collisions with a motor vehicle are as follows:

I’m Ed Smith, a Sacramento motorcycle accident lawyer. If you or a loved one were injured on a bike by a negligent driver in Citrus Heights or other parts of Northern California, I am here to offer you free, friendly advice. I can be reached at (916) 921-6400 or (800) 404-5400 and also have a convenient contact form on my website.

Finding a lawyer to represent your case is easier if you have information about how they have helped former clients. You can look over reviews from my former clients and information on cases at the following links:

I’m a proud member at milliondollaradvocates.com, a group composed of top trial attorneys around the country, who have demonstrated client verdicts or case settlements of at least $1 million.