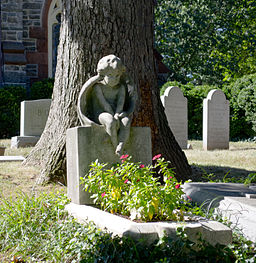 I’m Ed Smith, a Modesto car accident attorney. On November 10, 1985, at just six-weeks-old, Molly Strangers life would change forever. It was a cold and wet Sunday when Ramona Ice, Molly’s mother and three of her four children were traveling along Albers Road in their Volkswagen Beetle.

The family was enjoying some time together before Ramona returned to work after a lengthy maternity leave. It was her last weekend off and she had spent it driving all around town showing off her beautiful children to family and friends.

Tragedy struck when the car they were all riding in lost control and crashed into a van. In the blink of an eye, six-week-old Molly’s life was forever changed. Molly and her brother, Dillion, were restrained in car seats at the time of the accident. Something went terribly wrong with the car seat that Dillion was in. Sadly, he was ejected from the vehicle and passed away at the scene. Brandy, Molly’s sister was sitting in the front seat and suffered serious injuries. Ramona Ice, Molly’s mother, was pronounced dead at Oak Valley District Hospital.

Injuries to People in Other Vehicle

There were nine people in the van that collided with the Volkswagen Beetle that day. The driver of the van was treated for major injuries at a local hospital. His wife and seven children were treated by paramedics on scene and released.

Just Wants to Say Thank You

Molly hopes to reach the family who stopped that day to help her and her family. She isn’t looking for details about the accident, she simply wants to thank them. She would like to show her appreciation and introduce her children and husband to the family who was there for her and held her and tried to help her mom. She says it was a very noble thing for the man and his son to do. Not many people would send their own child over to help. She would like the family who stopped and offered assistance to her and her family to know that she is happy, that she’s made a life for herself, and she honors her mother’s memory everyday.

Learned About Her Mom Through Stories from Her Family Members

Though Molly doesn’t have memories of her mother, she has came to know her from stories handed down from family members. She also has her mother’s personal journal. She was given the journal belonging to her mother when she became an appropriate age to read its contents. One thing is for certain, Ramona loved her children with all that she was, and Molly strives to mirror her mothers image in that same sense – each and every day.