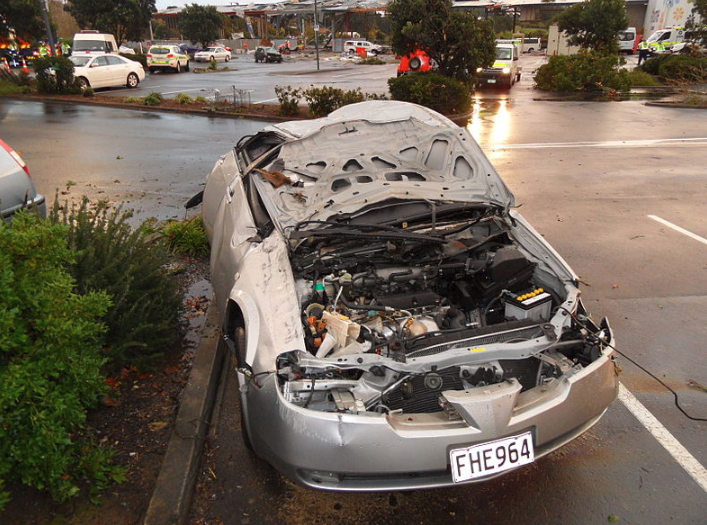 Man Rescued from Vehicle after Collision

I’m Ed Smith, a Vallejo personal injury lawyer. On Monday, October 23, 2017, a motor vehicle accident occurred in Vallejo and left a man injured and trapped inside his vehicle.

Officials from the Vallejo Police Department (VPD) reported that the collision involved two separate vehicles and occurred at around 7:33 p.m. on Highway 29 just north of the junction at Highway 37. The vehicles had reportedly been driving in opposite directions on Highway 29 when one of them, for undetermined reasons, drove over the median and collided with the other.

The collision occurred at a high rate of speed and resulted in significant damage to both vehicles. Images taken at the scene of the accident show a black four-door sedan with major front end damage. Information on the other vehicle has not yet been reported.

Vallejo Fire Department (VFD) spokesperson Kevin Brown told reporters that VFD’s Engine 25, Battalion 21, Truck 21, and two medical ambulance units were all dispatched to the scene of the collision.  The driver of the Sedan, an unidentified 30-year-old male, was found trapped inside of his vehicle. Responders worked to extricate the man from the wreckage.

After the trapped man was extricated, medics found that he had suffered moderate injuries during the collision and was transported by ground ambulance to a nearby trauma center for emergency treatment.

We wish the injured man a fully and speedy recovery.

According to officials, the extrication operation required that northbound Highway 29 be shut down for around 90 minutes. VPD reportedly kept the northbound side of the highway closed and routed traffic along the dirt shoulder on the highway’s northbound section while they conducted their rescue and investigation operations.

Reports indicate that the driver of the other vehicle was not found at the scene of the accident and is suspected to have fled from the crash site on foot before responders arrived, making this collision a case of hit-and-run.

Officers are attempting to locate the missing driver. It is unknown as to whether or not they suspect drugs or alcohol to have been involved in this accident.

This incident is the second serious hit-and-run to occur in Vallejo over the past week. The other collision occurred on Sunday evening when the driver of a white Acura sedan struck a stroller, leaving the two children that had been in the stroller with critical injuries. The incident reportedly happened at around 5:47 p.m. on Turner Parkway a short distance east of Foothill drive.

The children were flown by medical helicopter to a pediatric trauma center and, as of Tuesday, October 24, 2017, were reportedly expected to recover from their injuries despite the younger of the two requiring further medical attention.

For 35 years and counting, Vallejo residents with wrongful death and personal injury cases have trusted me to help them reclaim the money they deserve.

Visit Avvo, Yelp, and Google to read my client reviews.

I’m part of the Million Dollar Advocates Forum, a U.S. forum for trial lawyers who’ve won verdicts or negotiated cases worth more than $1,000,000.

AutoAccident.com is the leading site in Northern California for information about personal injury claims, vehicle collisions, and more.