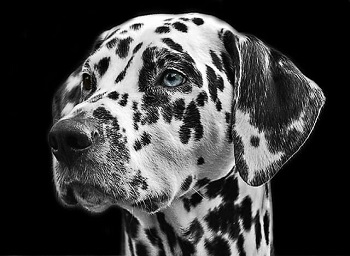 What Dog Breeds Were Responsible for Fatal Attacks?

Dog bites, because they cause deep puncture wounds with severe bleeding, result in serious injuries and death. While many dog bite injuries are not life-threatening, some result in scarring or disfigurement. Others have been known to cause lost digits such as fingers or entire limbs, particularly in children. Dogs also carry diseases that can be transmitted to humans through a dog bite as follows:

Fatal attacks in California during 2016 included a 9-year-old boy in Linda, California, on January 3, and two men in Fresno County, who were both attacked by the same dogs while walking along a canal bank. One was killed during the attack itself, and the other drowned after being attacked by the dogs. In San Diego on April 21, a newborn infant was attacked and killed in the family’s home. On June 4, a 43-year-old man lost his life in Stockton when he was attacked by a pit bull belonging to a friend. On June 27, another newborn infant was killed by a relative’s dogs, who took the infant outdoors and mauled it to death. A Grover Beach resident, age 64, was killed on December 16 when he and a neighbor were attacked by a Belgian Malinois belonging to a neighbor. The man died, while the woman in the attack was severely injured.

How Many People Are Injured by Dogs?

According to the Centers for Disease Control and Prevention, dogs account for about 4.5 million bite injuries each year. More than half occur inside the home from an encounter with the family pet.

I’m Ed Smith, a Roseville dog bite lawyer. Dog bites and their complications can cause serious injuries or death to a loved one. If you or your family have suffered an injury caused by a dog, I can offer free, friendly and compassionate advice. Give me a call at my office at (916) 921-6400 or long-distance at (800) 404-5400. I can also be reached online at AutoAccident.com.

It has been my honor to have helped with many personal injuries, including wrongful deaths and brain injuries, in the Roseville area and other parts of Northern California in my 35 years as an injury lawyer.

I belong to the Million Dollar Advocates, a nationwide forum for trial lawyers with $1 million in verdicts or settlements for prior clients.

Former clients have left comments or reviews at:

On my page titled Settlements and Verdicts, you can look over some of our previous cases and how they were resolved.