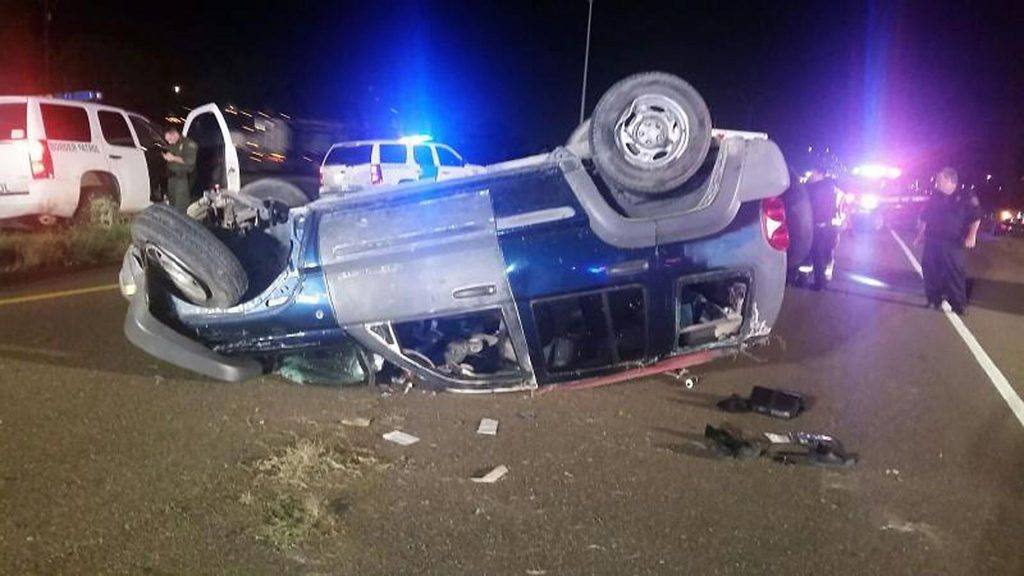 I’m Ed Smith, a Novato car accident lawyer. An accident between a big truck and a sedan on July 7 near Novato snarled the traffic along U.S. Route 101. A representative of the California Highway Patrol (CHP) reported that injuries were suffered by the driver of the sedan.

The crash happened around 12:00 pm just past the turnoff for Ignacio Boulevard when a woman in a Hyundai, age 23, driving north near the exit for Highway 37, came upon traffic that was stopped. Because she was unable to apply her brakes to stop in time, due possibly to distracted driving, she swerved into another lane and sideswiped a big truck. This projected her Hyundai to a spot where it went through a guardrail located on the shoulder on the right side. The vehicle rolled over and landed on one side close to the railroad tracks for the passenger rail service that serves Marin and Sonoma counties. Train service was halted temporarily for testing before restarting its service.

Injury to the Driver

The driver of the Hyundai was transported to a hospital in Greenbrae with what were described as minor injuries. No information was provided about the damage to the vehicles. There are no reports of any injury to the affected truck driver. All the lanes were reopened early in the afternoon. However, the CHP officer said traffic moved slowly for several hours afterward.

The California Department of Motor Vehicles points out that positioning of a vehicle in traffic is important for the driver and his or her passengers to stay safe. As the above case illustrates, not maintaining a proper distance when coming to a sudden stop or coming up upon slower vehicles ahead can cause an accident. When traveling at highway speeds of 55 mph, a driver requires a distance of 400 feet in order to react and bring a vehicle to a stop. At 35 mph, 210 feet of space is required. This is assuming that the weather is good and the pavement dry. It also assumes that the driver is in a vehicle with good brakes and tires. It is important for a driver to keep an eye on the vehicle behind because having to make a sudden stop or slow down suddenly can cause a rear-end collision if that driver is too close or moving too fast.

Rollovers happen, as in this case, when a vehicle hits or sideswipes another vehicle. This tripped rollover increases the sideways momentum of the vehicle. Since the tires resist the momentum, the vehicle rotates.

Some vehicles are more susceptible to rollovers than others. In general, vehicles that are higher and have a narrower track are more likely to rollover. SUVs, particularly those with off-road suspensions and fully-loaded vans have a greater chance of rolling over. It is important for drivers to take this into account and to learn safe driving techniques such as reducing speed, refraining from taking curves too quickly and trying not to swerve.

What are injury lawyers?

I’ve been injured – what should I do first?

As a member of Million Dollar Advocates Forum, I am proud to represent California as a trial lawyer who has acted as primary counsel on injury cases that have resulted in million dollar settlements and verdicts awarded as fair compensation for former clients.

Good reviews and rankings by multiple clients offer a view of how they have been satisfied with their legal representation. My reviews are located at Google and Yelp in addition to Avvo, which carries both client reviews and comments by several of my peers.

On Verdicts and Settlements, you can discover how my legal team and I have helped others.

Autoaccident.com is my website, and I am both the founder and the owner. It offers detailed information on personal injuries.