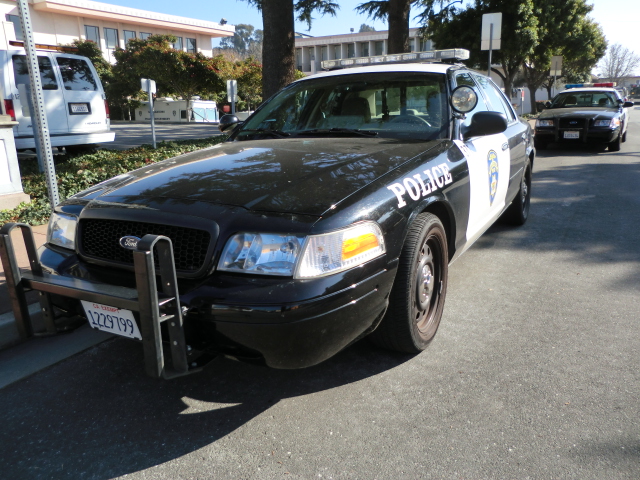 Hi, I’m Ed Smith, a Vallejo truck accident attorney. In Vallejo, on the afternoon of Monday, November 7, 2016, a government truck from the Greater Vallejo Recreation District collided with a fire hydrant. The collision took place just prior to 1 p.m. on the 2500 block of Tuolumne Street between the intersections of Parkview Terrace and Platt Court in Vallejo.

While factors leading to the accident have not been reported by investigators, police have indicated that no other vehicles were involved in the crash and that the driver of the vehicle is most likely at fault. Police officers also indicated that the truck drifted over at least two lanes of traffic before it struck the hydrant, which burst open, sending a twenty-foot tall geyser of water into the air. After striking the hydrant, the truck flipped over and landed on the passenger side. As a result of the collision, the truck received significant damage to its front end as well as damage to the passenger side. Sometimes when a vehicle drifts it is due to distracted driving or even drunk driving. It will be interesting to find out what caused this particular accident.

At the time of the incident, the truck contained two people, a driver and a passenger. The driver was able to climb out of the crashed vehicle without assistance, but the passenger needed to be extricated through the windshield by firefighters from the Vallejo Fire Department. While the driver sustained no apparent injuries, the passenger was taken by ambulance to a local hospital for treatment of what medical officials reported to be only minor injuries.

The site of the crash caused a slowdown in traffic due to drivers having to pass through the deep puddle of water and mud that accumulated around the broken hydrant. Once workers from the Vallejo Public Works Department made it to the crash site, they were able to stop the water from spewing.  As soon as the large area of standing water dispersed, traffic resumed its normal pace.

In cases such as this, when there is a possibility that a government entity is liable to pay compensation for injuries received as the result of an accident, it is urgent that one seeks legal counsel as soon as possible. This is because of the CTCA, or California Tort Claims Act, which states that persons filing a claim against a government entity must do so within 180 days of the incident. This is a much shorter time period than is allowed for the filing of most other personal injury claims, which are usually able to be filed up to two years after the occurrence of the incident. The stated reason for this statute is that it exists for government entities to be able to promptly fix whatever problems may have led to the accident and prevent further accidents from happening. However, in practice, this lends government agencies huge advantages over injured citizens who are in the time-consuming process of filing a claim and may not know about the abnormal time constraints of their situation. Contact an experienced personal injury attorney if you have been injured by a government entity vehicle.

I’ve been proudly working for families and individuals in the Vallejo area to ensure they are justly compensated in auto accident claims involving personal injuries for over 34 years.

Read more about us and  our law practice by visiting this website.

Before you call us, you are welcome to review our positive client feedback on Yelp, Avvo, and Google.

I’m a proud member of the California chapter of the Million Dollar Advocates Forum.

View our Verdicts and Settlements site, written by our excellent accident attorneys.

I am the founder of Northern California’s top auto accident and personal injury website, AutoAccident.com.