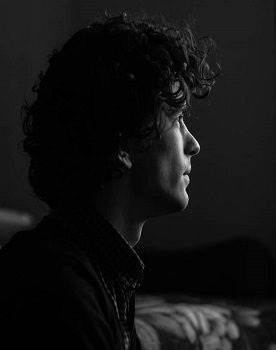 I’m Ed Smith, a North Highlands wrongful death lawyer. In an update to an accident that happened on July 25, 2018, a suspect has been apprehended in the death of a local man. The man was killed by an individual who stole his vehicle and used it to run over him at a Del Taco in North Highlands. I want to extend my prayers and sympathy to the friends and family for the loss of their loved one in their time of great sorrow.  It is my hope that the identification of this person may help bring them some closure to this horrific crime.

The accident occurred in the parking area for a Del Taco on Watt Avenue around 11:26 in the evening, killing 50-year-old Joaquin Gonzalez. The wife of the deceased man was reportedly told that her husband was struck on the head by the individual, who then stole his work truck and appeared to have intentionally run over Gonzalez, killing him. The driver then reportedly headed south along Orange Grove Avenue.

According to the Sacramento County Sheriff’s Department, a suspect in the fatal hit-and-run was arrested on July 30. He was identified as a man from Sacramento, age 38. His name has not been made public as of the time of this report. He is being detained at the main Sacramento County jail.

Officials with the Sacramento County Sheriff’s Department released a video showing a man in his 20s or 30s inside the store, along with a possible witness to the incident. In addition, a business located across the street from the fast-food restaurant handed over a videotape that they believe caught the murder on tape. The videos, police said, were instrumental in apprehending the hit-and-run driver.

Several witnesses also stepped forward with information to help investigators locate the hit-and-run driver. The family of the deceased man, who are immigrants from El Salvador, was hoping that information would be forthcoming to identify the perpetrator. The vehicle in the incident was described as a full-sized pickup and was light in color, according to the sheriff’s department.

Can a Murder Be Used in a Wrongful Death Lawsuit?

Yes, a wrongful death lawsuit can be instituted by the family or the decedent’s estate after a murder has been committed. The most famous example of this happened after the O.J. Simpson trial. Simpson was not convicted of murder due to a lack of evidence that proved he committed the crime beyond a reasonable doubt. After the trial, the family filed a wrongful death lawsuit against Simpson. This was successful since it proved by a preponderance of the evidence that Simpson caused the deaths. It was this difference that won the civil case.

There are two different types of court cases. A criminal case is brought against a defendant on behalf of the state by a prosecutor. If convicted, the defendant faces incarceration and fines imposed by the government. The other type is called a civil case. In this format, the case is brought by the person that was harmed by another individual or entity such as a manufacturer. The lawsuit can be filed directly by the person with the help of an injury lawyer. It does not result in incarceration unless the evidence in the case leads to a criminal case. Rather, the defendant is ordered to pay the injured person compensation for his or her financial damages.

Preponderance of the Evidence Vs. Beyond a Reasonable Doubt

These are the standards used in the two types of cases. Preponderance of the evidence is the standard used in a civil case. It means that more than 50 percent of the evidence supports the claim. It is a lesser standard than that used in criminal trials. Guilt in a criminal trial is established by proving the facts of the case beyond a reasonable doubt. It means that no other logical explanation can be given other than the fact that the defendant committed the crime. This is a much higher standard.

Evidence provided in a murder conviction can be used as a way to prove injury in a wrongful death lawsuit since intentional conduct to do harm can be the basis of the claim. If it is proven that the person had the intent to do harm from a criminal perspective and this ended in the death of another, this proof can become part of the evidence used in the wrongful death lawsuit. The latter takes it a step further in that it speaks to the financial loss the family suffered due to the action taken by the defendant.

I’m Ed Smith, a North Highlands wrongful death lawyer. When a loved one is killed by the actions of another, the family faces immeasurable grief and financial harm. While compensating the loved ones for funeral expenses and the loss of the person’s financial contribution to the family helps, it cannot lessen their sorrow. Call me for compassionate, free and friendly advice at (916) 921-6400 or (800) 404-5400. You can reach me online by using our contact us page at AutoAccident.com.

I’ve helped many residents of North Highlands with all types of injuries, including motorcycle, car and pedestrian accidents as well as traumatic brain injury.

I’ve been honored by the National Association of Distinguished Counsel by becoming a member. This organization honors only the top one percent of attorneys who abide by the highest standards expected of legal counsel.

I am also honored to be a member of the Million Dollar Advocates, where induction into this forum is limited to those who have won more than $1 million for a client.

You might be interested in learning what former clients and my peers think of my firm as well as how I handled other cases. Click on the following pages for that information: