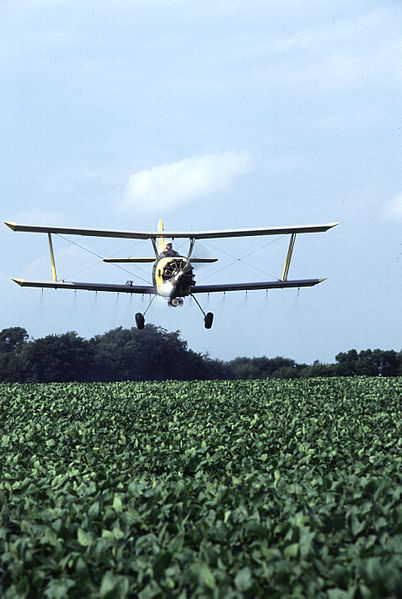 On 25 July, the Environmental Protection Agency (EPA) announced their plan to implement changes to 40 CFR 171, the federal regulation for the Certification of Pesticide Applicators. The new regulations will likely take effect in January 2017 and will likely serve to reduce accidents among farmworkers and other people exposed to pesticides.

Details of the Regulations

The updated regulations govern many aspects of the use of pesticides. Most importantly, they require mandatory federal training for pesticide applicators every year, rather than the previous mandatory training every five years. The training must now also cover more topics about the hazards of pesticides.

Additionally, according to the new regulations, those who apply “restricted use” pesticides must demonstrate competency with the methods used to apply the pesticides in order to be certified.

The update to the regulations comes nearly two years after the initial changes were proposed. After initially being introduced on 13 April 2015, the Office of Management and Budget (OMB) reviewed the regulations and is expected to publish the changes to federal regulations in January 2017.

Controversy About the Updates

Many farm owners are opposed to the updated regulation, claiming that the changes are unnecessary and force an undue burden on farm owners. Meanwhile, many farmworkers and farmworker safety advocates are celebrating the updates and are looking towards additional regulations in the future.

Most farmworkers have stories of pesticide accidents, but few of these stories make the headlines. According to a new report by the California Department of Pesticide Regulation (DPR), there were 1,685 cases of adverse health effects due to pesticide exposure throughout California in just 2016.

Many of these adverse health effects are injuries caused by exposure to pesticide fumes or from the pesticides themselves landing on the skin. Poor education about the symptoms of pesticide exposure allows many of these accidents, though, to go unreported.

Improperly trained pesticide applicators can also cause accidents at schools near farmland. Many schools throughout the California Central Valley are surrounded on all sides by farmland. The fumes and even the pesticide itself from improperly applied pesticides can therefore easily reach school children.

The California DPR report mentioned above actually found 146 cases of pesticide exposure in children under 18 years old in California in 2016. Just recently, on 2 January, four children died in their home after improperly applied pesticides under their home created toxic fumes within their home in Amarillo, Texas.

Pesticide exposure, especially when improperly applied, can, therefore, be extremely dangerous to children. These new EPA regulations will hopefully prevent tragedies like the one in Texas from happening.

For more about the use of pesticides near schools, see http://cehtp.org/file/pesticides_schools_report_april2014_pdf.

Exposure to pesticide fumes can be similarly dangerous, though. If exposed to the fumes, many of the same symptoms will arise. The fumes can be especially dangerous to children, though, as their developing lungs are more sensitive to injury.

I am Ed Smith, a farming and pesticide accident attorney. Despite these updated regulations, accidents will still happen. If you or your child get sick due to exposure to pesticides, please call me anytime at (209) 227-1931 or (800) 404-5400 for free, friendly advice.

Read my reviews on Yelp, Avvo, and Google.

I am a current member of the Million Dollar Advocates Forum. These are trial lawyers that have won multiple cases worth more than a million dollars.

Take a moment to view my Past Verdicts and Settlements page.

I have been serving farmworkers and their families in personal injury lawsuits since 1982.