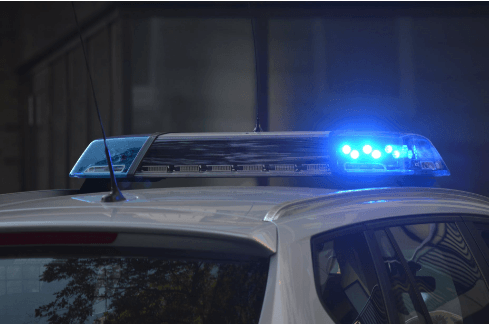 I’m Ed Smith, a Fairfield car accident lawyer. Local authorities reported on Wednesday, August 15, 2018, that a driver involved in a recent collision that cost two people their lives had been arrested. The accident took place on Friday, August 10, 2018, and caused the deaths of two men. The two fatally injured men were identified as 49-year-old resident Jaime Manuel and 46-year-old Vacaville resident Kirk Griess. Reports indicated that Griess was a 19-year veteran of California Highway Patrol (CHP) and had pulled Manuel over for a traffic stop when the accident occurred. My sympathy and support are extended to Manuel and Griess’ families as they mourn their lost loved ones.

The accident happened at around 9:00 a.m. on Highway Interstate 80 near the exit for Manuel Campos Parkway. Griess, who had been riding a motorcycle on the northbound side of the roadway, pulled Manuel over just before reaching the exit. The two men were stopped on the right-hand highway shoulder when a 36-year-old man from Rocklin driving a Chevy pickup suddenly drove off of the roadway. The Chevy struck both Manuel and Griess, leaving them with serious injuries.

The two severely injured men were transported to a local hospital. Tragically, both men had been declared deceased by 4:00 p.m. despite the best efforts of hospital staff at the NorthBay Medical Center.

According to CHP press releases, the driver of the Chevy was arrested on charges related to the accident including two felony counts of vehicular manslaughter and one of reckless driving resulting in fatal trauma. Officers stated that these charges are based on evidence that the man had been driving while distracted. Captain Mark Headrick noted that CHP has “evidence that he (the Rocklin man) was distracted by his phone.”

While driving, motorists have a duty to avoid causing injuries. By neglecting to uphold this duty, drivers endanger the lives of everybody on the roadway. Driving while distracted is a serious violation and it is estimated to claim well over 3,000 lives in the United States annually. In addition to costing thousands of lives, distracted driving causes nearly 400,000 injuries across the country every year.

Because driving while distracted is so dangerous, those who choose to do so can be held legally responsible for paying for the damages their decisions cause. Distracted drivers are considered negligent in the event of an accident. This means that families and/or dependents of people who lose their lives in crashes involving distraction can seek payment for their losses.

My firm has helped Fairfield residents to reclaim wrongful death and personal injury damages for 36 years.

I am one of the lawyers of a group of U.S. attorneys who’ve all resolved a case worth at least $1,000,000, the Million Dollar Advocates Forum.

Reviews of my work are available on:

AutoAccident.com is the leading website in Northern CA for helpful information on car accident news and wrongful death and personal injury topics.