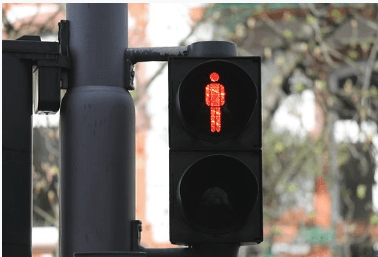 I’m Ed Smith, an Anderson car accident lawyer. Anderson is a small city with a lower accident rate per capita than many cities in California. However, Anderson still does see accidents. In fact, over the last decade, Anderson has been the site of nearly 370 car accidents resulting in serious injuries. These accidents left 530 people with injuries and cost 8 more their lives. While not all accidents happen because of risky driving behaviors, reckless motorists increase the risk of a dangerous crash for everybody on the road. Area residents may be interested in these statistics about common crash-causing traffic violations in Anderson.

Below is a list of the most common violations to cause traumatic crashes in Anderson. The offenses are listed from most to least common and are next to the number of injury accidents they caused in Anderson between January 1, 2008, and January 1, 2018.

All other accident-causing violations accounted for 2 percent or less of injury collisions each. The least common violations included hazardous parking, impeding traffic, and tailgating.

Out of the total 124 traumatic accidents caused by speeding in Anderson during this time period, three involved pedestrians, 13 involved motorcycles, and none involved a bicyclist. The majority (58.1 percent) of these accidents took place on a state highway. While these crashes left 186 people with injuries, speeding was not the primary factor in any fatal accident.

The most common type of accident that speeding resulted in was rear-end crashes, which accounted for over 60 percent of these collisions. The next most common type was hit-object accidents at 14.52 percent.

Driving while intoxicated may not cause as many accidents as right-of-way violations or speeding, but DUI crashes are much more dangerous than collisions caused by other factors. While DUI accidents only accounted for around 4.5 percent of traumatic collisions in Anderson, they caused one-third of crash fatalities. Additionally, DUI crashes were about eight times more likely to result in fatal trauma than accidents caused by other violations.

Anderson injury DUIs over the past ten years have not involved any pedestrians, bicyclists, or motorcyclists. Around 70 percent of them have happened on a state highway. Additionally, the most common time period for these accidents to happen was between 9:00 p.m. and midnight.

I’m Ed Smith, an Anderson car accident lawyer. Vehicle accidents can cause significant injuries. If you have been hurt in one, call me at (530) 392-9400 or (800) 404-5400 to receive friendly and free advice about your case. You can also contact me through my site, AutoAccident.com.

I’ve practiced personal injury and wrongful death law in Anderson for more than 36 years in order to help people claim the money that they legally deserve.

Reviews of my practice are available here:

Million Dollar Advocates Forum includes me as a member. Forum memberships are exclusively for U.S. trial lawyers who’ve settled or won a case worth at least 1 Million USD.

Read some of my past Verdicts and Settlements.

Visit AutoAccident.com for the top info and news available in Northern California on the topics of local car accidents and traumatic injuries.