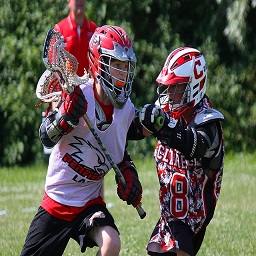 Contact Sports in Young People May Cause Brain Injury

I’m Ed Smith, a Ventura brain injury lawyer. It’s commonly known that motor vehicle and sports injuries to the head, along with other types of injuries, can result in a concussion. Depending on the severity of the concussion, it can have long-term consequences with regard to the individual’s health. However, a new study that was funded by the National Institutes of Health shows that a concussion can have long-term adverse effects even in children under the age of 12 who play sports.

Study of Young People With Concussions

The research shows that one out of five teens reported as having received a concussion at some time. Research into injuries reported at emergency rooms and other studies show a link between sports participation and concussion, particularly for those participating in contact sports. The data was compiled using information about 13,088 young people between 12 and 18 years old who had responded to a survey in 2016. In this survey, which is conducted annually using 8th, 10th and 12th grade students, students were asked if they had ever suffered an injury to the head that was medically diagnosed as being a concussion.

Almost 20 percent of the students responding to the questionnaire reported that they had suffered a concussion. Of that number, 14 percent reported that they had been concussed once, and the remaining respondents reported that it had occurred multiple times. The largest number of those who reported concussions were those males who played competitive sports and were in higher grades. Last year as stated in the journal, Pediatrics, it was estimated that the number of concussions suffered by young people under the age of 18 might be as high as 1.1 million to 1.9 million each year.

The concern has been growing about the effects of head injuries on the young while playing in contact sports. Medscape reported that children under 12 who played football increased their risk of depression by three times, risk of behavioral problems by twice and risked an increase in apathy and executive function. Executive function skills are handled by the frontal lobe of the brain and can affect memory, flexibility of the brain and self-control. This was in comparison with children who started participating in contact sports after the age of 12. Translational Psychiatry reports that the age at which a youngster starts playing contact sports like football may cause disruption in the brain’s maturation process, although the data cautions that the study was conducted on a small number of participants.

Brain Trauma Outside of Sports

While much of the attention has been focused on sports-related head injuries, accidents such as a vehicle rollover cause significant brain trauma. The roofs of many vehicles, such as SUVs, which have a greater propensity for overturning due to their higher center of gravity, are not strong enough to withstand roof pressure. When this happens, the occupants often suffer crushing head injuries such as subdural hematoma or other closed head injuries that rob the victim of cognitive function. In such cases, extensive rehabilitation may help in time. The cost of this type of medical care can be exorbitant and rob the individual or his or her family of their life savings. It is vital that the compensation they receive be enough to pay for both the economic and noneconomic damages related to the injury.

I’m Ed Smith, a Ventura brain injury lawyer. Accidents or sports resulting in head injury can have a detrimental effect on an individual’s ability to remember and their thought process. This can alter the course of a person’s life. If a young person is involved, it may mean the difference between advancing in school and securing the grades necessary to seek a higher education. When that happens, the person may become depressed, be out of work and the family may be distraught. Turn to me for friendly advice without charge to see what can be done to alleviate the financial burden. Just dial (805) 372-0200, or if you are out of the calling range, (800) 404-5400.

I’ve been working with Ventura and Northern Californians facing the anguish of car and truck accidents as well as wrongful death for over 35 years. While I am well-known to them as an injury lawyer, you may not know about my practice. Go to my Google, Yelp and Avvo pages to see what some of my former clients think. On Avvo, you’ll hear from some of my peers too.

Don’t accept what an insurance company might say is an adequate damage payout. Chances are it will be lower than you need. It is essential that you be paid enough to cover medical expenses, lost wages and the pain and suffering you have endured. Check out some of the settlements and verdicts I won for others, and go to the website www.milliondollaradvocates.com to see why I earned membership in this group by garnering million dollar victories for clients.