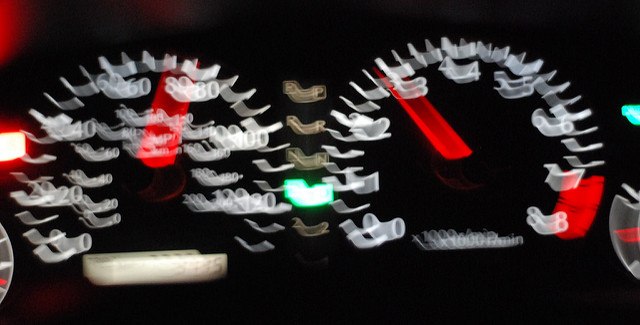 Citrus Heights Police Department charged a 36-year-old man with felony driving under the influence (DUI), reckless driving and felony DUI causing injury after a frightful head-on crash behind Raley’s grocery store. The drunk driver was headed southbound in his Dodge Dakota truck on Zenith Drive about 8:15 p.m. on Tuesday, August 18, 2015.  Witnesses say the truck was  going fast and recklessly when it crashed head-on into a Chrysler PT Cruiser sending both occupants of that vehicle to the hospital. The drunk driver refused medical treatment and was taken to jail.

Denee Cagle lives in the vicinity of the accident. She was out walking her infant daughter with her husband and was nearly run down by the drunk driver. After escaping that scary event, she and her husband witnessed the crash between the drunk driver of the truck and the PT Cruiser.

Cagle said that the driver of the truck was speeding and swerving just before crashing head-on right in front of her and her family. She said the truck flipped on its side, coming to rest in front of a house on Zenith Drive (near Brimstone Drive) having knocked down a mailbox and sending debris into that driveway.

Cagle said that had she not have stopped to talk to her neighbor she would have been at the very site where the accident occurred. She also indicated that this particular neighborhood has a history of drivers speeding “up and down the street.” She recommends being vigilant about watching your surroundings like she did on Tuesday night, “because you never know what’s coming up behind you.”  See the complete news article here.

It took accident scene responders about an hour to clean up debris and get the crashed cars towed away.

I’m Ed Smith, a Citrus Heights Personal Injury Lawyer with the most comprehensive and informative accident information site on the web, AutoAccident.com.  I’ve been handling auto accidents involving drunk drivers in Citrus Heights, Sacramento and throughout Northern California since 1982.

If you or someone you love have been injured or killed due to someone driving while under the influence of drugs and/or alcohol, call me right away at for free, friendly advice at no obligation to you.

Before you call, please take the time to check out what my clients have to say about working with our law firm.  Click on our reviews here: Yelp and Avvo and Google.

Our firm is a member of Million Dollar Advocates Forum.  An association of National personal injury lawyers who have multiple Million Dollar Verdicts and settlements.