Emergency response teams were dispatched to a region in Paloma of Calaveras County, on Thursday, January 31, where a man had been run over by a tractor. According to California Highway Patrol (CHP) officials, the accident occurred on a property along the 5600 block of Paloma Road. A medical helicopter was called to the accident, located near Goodfell Road off Highway 26. The person involved in the industrial accident has been identified as a 37-year old male, whose name has not been included in reports. Emergency responders have clarified that the tractor rolled over the man, but what caused the tractor to flip has not yet been determined. The helicopter transported the patient to the Doctors Medical Center in Modesto. The extent of his injuries is unknown. Occupational Safety and Health Administration (OSHA) has been informed of the situation and will be investigating this accident.

END_OF_DOCUMENT_TOKEN_TO_BE_REPLACED

A tractor accident in Fresno County recently killed two women. Many of us face the risk of similar accidents every day on our rural and farming roads throughout our California counties.

END_OF_DOCUMENT_TOKEN_TO_BE_REPLACED

A collision occurred Tuesday, May 17, 2016, involving a tractor and a pickup truck.

END_OF_DOCUMENT_TOKEN_TO_BE_REPLACED 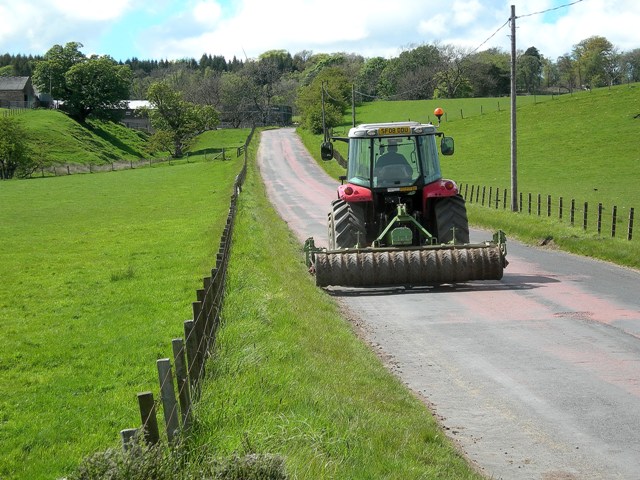 According to the United States Depart of Labor, half of the fatalities among agricultural workers (276 of 570) was due to vehicular accidents on a farm.  Between the years 2003 and 2011, approximately 1,533 deaths were attributed to farm tractors.  The deaths associated with farm tractors include laborers in the agriculture, fishing and forestry communities.  Fatalities resulting from vehicular accidents among agriculture workers were typically associated with tractor rollovers.  A survey in 2002 was conducted in the United States regarding the subject of tractor rollover accidents.  Of the 6,000 farm owners and farm operators interviewed about 1 in 10 farms experienced a tractor overturn.  For every fatality in a tractor accident another four other people are injured.  Sadly, the agriculture industry holds the third highest death rate that  equates to approximately 22.7 deaths per 100,000 agricultural workers.