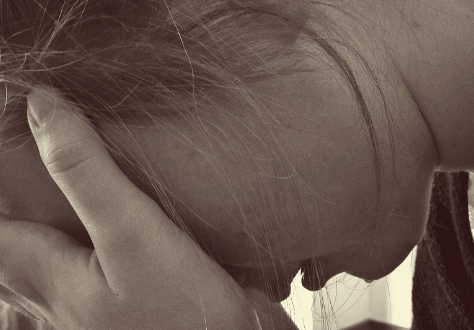 I’m Ed Smith, a Redding personal injury lawyer. One man was fatally injured, and one woman was left with severe trauma after they were involved in an accident that took place on August 4, 2018. Officials from the California Highway Patrol (CHP) reported that the collision took place along a rural highway near the city of Red Bluff. Shasta County officials have identified the fatally injured man as Steven Hudson, a 59-year-old resident of Redding.

My sincere sympathies are with Mr. Hudson’s loved ones as they are coping with the sudden loss of their family member and friend.

CHP reported that the car accident occurred at around 8:16 p.m. on State Route 99 just a few miles south of the community of Vina. Steven Hudson was driving northbound along the highway in his 2013 Ford F-250 pickup truck close to the intersection at Rowles Road. Hudson had been driving in the left-hand lane of the road when a 22-year-old from Chico driving a 2006 Buick approached his truck from behind.

Reports stated that both of the vehicles had been traveling at a speed of approximately 70 miles per hour at a location where the left lane and right lane merged. While merging, Hudson’s passenger’s side rear tire struck the driver’s side front tire of the Buick. The impact of the collision caused Hudson to lose control of his vehicle by swerving into the oncoming traffic lane and veering off the roadway. After leaving the road, the Ford drove into a dried out creek and crashed into the creek bank, causing the vehicle to roll over and land on its roof.

The driver of the Buick also lost control of her car during the crash and traveled off of the roadway. The Buick struck two road signs on the western side of the highway before the driver regained control and was able to come to a stop along the eastern roadway shoulder. Fortunately, the Buick driver remained uninjured in the accident.

When emergency responders arrived at the collision site, they discovered that Mr. Hudson had suffered life-threatening injuries. Tragically, it was too late for medical personnel as the man succumbed to his injuries at the scene. The passenger of the Ford, identified as the wife of Mr. Hudson, was also found with serious injuries. Medics from St. Elizabeth Ambulance stabilized her before having her placed on an air ambulance to transport her to the Enloe Medical Center in Chico for treatment. An update on her condition has not yet been released by officials.

CHP officers are currently looking into what factors may have caused this crash. While no suspect factors have been mentioned by investigators, highway accidents are often caused by tailgating, auto product defects, distracted driving, hazardous roadway designs, and more.

I’m Ed Smith, a Redding personal injury lawyer. After a fatal car accident, families are often devastated. If you have lost a person you love due to an accident, contact me for some free, friendly advice about your situation. My local phone number is (530) 392-9400. In other areas, you can get in touch with me at (800) 404-5400.

I’ve been helping Redding residents claim the monetary compensation they deserve for damages related to wrongful death and personal injury since 1982.

Read reviews written by my former clients on:

I am a member of the Million Dollar Advocates Forum. Members of this forum are top trial lawyers who have either won a case or negotiated a settlement that was worth $1 million or more.