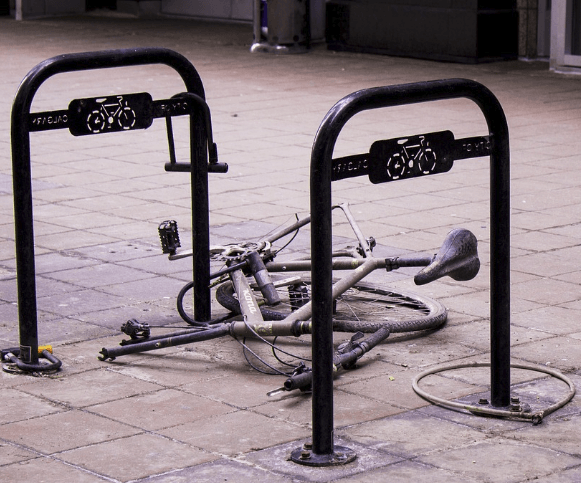 I’m Ed Smith, a Paradise wrongful death lawyer. On Friday, January 12, 2018, a bicyclist lost her life after being struck by two separate vehicles. After withholding the cyclist’s name for a short time before notifying her family, the deceased was identified by local law enforcement as Amanda Mayberry, a 40-year-old Paradise resident. We extend our deepest sympathies to the family and friends of Ms. Mayberry during this difficult time.

According to reports from Paradise Police Department (PPD), the collision occurred on Elliot Road close to the Almond Street intersection. Mayberry’s bike was reportedly struck from behind as she was cycling eastbound along Elliot.

Reports indicate that Mayberry was pinned underneath the second vehicle and dragged for a short distance before the vehicle came to a stop.

PPD sent first responders to the site of the collision after receiving a call describing an injured cyclist. Upon arrival, it was discovered that Mayberry had received fatal injuries during the collision.

Neither of the drivers involved in the accident was reported to have been injured.

Patty Van Bibby, the owner of a restaurant and bar near the location of the crash spoke about the auto accident. Van Bibby noted that the impact was so severe that the “bicycle broke in two.” Van Bibby also reported that police did not allow patrons or employees at her restaurant to leave while they conducted their investigation, a process that Van Bibby says took over an hour.

While PPD is still conducting a formal investigation into the causal factors of the accident, they did determine that nobody in the restaurant had been involved. PPD also revealed that they have ruled out DUI and driving at excessive speeds as factors.

Van Bibber told reporters that the area has very low visibility at night and that drivers on Elliot Road are often driving recklessly and not paying attention. Additionally, PPD said that Mayberry had apparently been riding correctly in the bike lane at the time of the accident.

In light of the tragic accident, Paradise officers provided some safety tips to individuals who bike or walk in dark areas. Officers primarily recommend avoid walking or riding in the dark when possible. However, those who can’t avoid it were advised to wear reflective clothing, proper safety equipment, and LED lights.

I’m Ed Smith, a Paradise wrongful death lawyer. The relatives of those killed in auto accidents are usually entitled to compensation. If this describes you, call me at (530) 392-5400, (800) 404-5400, or get in touch with me by visiting AutoAccident.com to receive friendly, free legal advice.

I’ve helped Northern Californians, including those in Paradise, with claims that include wrongful death and personal injury since 1982.

Feedback from my clients can be read on:

I’m in a U.S. forum for trial lawyers who’ve obtained more than one million dollars in settlements or verdicts for past clients –Million Dollar Advocates Forum.