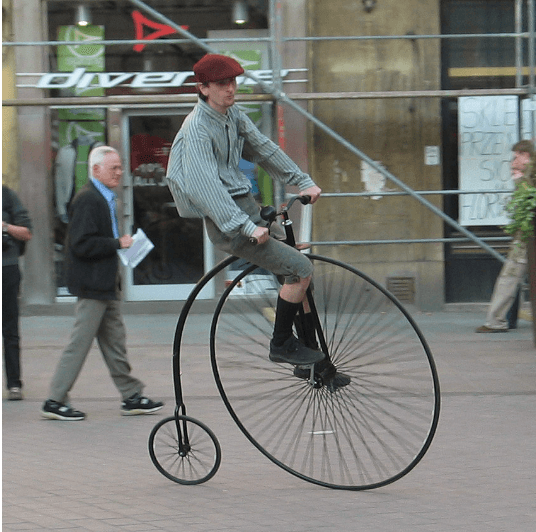 I’m Ed Smith, a Foothill Farms bicycle accident attorney. Bicycling is a great way to get from place to place while avoiding expensive gasoline costs and getting a great workout at the same time. It’s estimated that 12.4 percent of Americans bicycle on a regular basis and that more and more are getting into cycling as a regular means of transportation.

However, despite all of its benefits, bicycling comes with a certain level of risk. Bicyclists, like all who use roadways, are liable to be involved in serious accidents. Moreover, bicyclists lack the protection afforded to vehicle drivers and their passengers, making them more vulnerable to traumatic injuries in the event of a crash.

The National Highway Traffic Safety Administration (NHTSA) reports that an average of about 800 people die every year in United States due to bicycle accidents and that bicycle fatalities are becoming more frequent.

The average number of U.S. bicycle accident injuries per year is around 45,000. However, similar to pedestrian injury estimates, hospital record research indicates that only a small fraction of bicycle collisions resulting in injury are ever officially recorded by police officers. Some figures suggest that only around 10 percent of these injuries are reported.

According to a national survey, almost one-third of bicycle accident injuries are caused by collisions with motor vehicles. Other common injury causes include defective or ill-maintained roadways, distraction, defective bicycle parts, and simply falling off the bicycle.

There are multiple reasons that vehicles hit bicyclists with such frequency. One primary factor is that bicyclists are often hard to see. This leads motorists to do things like stop suddenly or turn in front of cyclists, leaving the cyclist unable to avoid a collision. Vehicles also often don’t leave cyclists enough room to safely ride, often forcing bicycle riders to ride in dangerous conditions.

For one reason or another, some places tend to have more bicycle accidents than others. Whether it is because of traffic, poorly designed roads, or something else, Foothill Farms has seen a higher frequency of injury-causing bicycle crashes in a few distinct areas.

Hillsdale Boulevard between Palm Avenue and Watergate Road is one of these areas. During 2010-2016, there were 10 cyclist collision injuries on this stretch of road, with 5 of those happening at the intersection of Watergate Road.

I’m Ed Smith, a Foothill Farms bicycle accident attorney. Bicycle accidents can leave people with serious injuries. If you’ve been hurt in a bicycle collision, call  for friendly, free advice. My toll-free phone number, (800) 404-5400, and my site, AutoAccident.com, are also easy ways to contact me.

I’ve helped Foothill Farms area residents with personal injury and wrongful death claim the payments that they are owed by law since 1982.

My clients have reviewed my practice on these sites: Avvo, Yelp, and Google.

I am in the Million Dollar Advocates Forum, a forum for top-rated trial attorneys with past verdicts or settlements worth at least $1,000,000.

See my Past Verdicts and Settlements here.