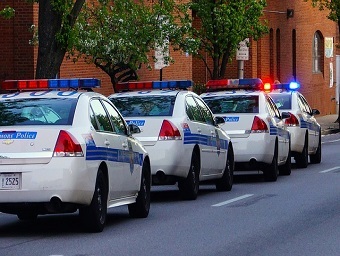 Accidents due to drunk driving are common and often turn deadly. Berkeley is taking steps to end drunk driving with DUI checkpoints such as the one on October 29-30 where Cedar Street meets San Pablo Avenue. The use of DUI checkpoints has been lauded by some as an efficient way to curtail drunk or drugged driving.

A Berkeley Police spokesperson said that the October checkpoint and others are aimed at fostering public awareness of the dangers of taking either prescription medications or illegal drugs and getting behind the wheel. This includes over the counter and prescription medications that warn against driving as well as marijuana, which dulls the ability to drive. Officers with special training to detect driver impairment are on the scene at checkpoints.

The San Pablo Avenue and Cedar Street location, for instance, is in the North Berkeley area, close to UC Berkeley, and many crashes happen on Friday nights into the early hours of Saturday morning.

According to the Centers for Disease Control and Prevention, DUI checkpoints are effective at reducing drunk and impaired drivers negotiating the roadways. In the years between 2003 and 2012, approximately 10,327 Californians were killed by drunk drivers. Overall, male drivers aged 21 to 35 were most often involved. The use of checkpoints has been found to reduce approximately 20 percent of drunk driver accidents.

A campaign championed by the California Office of Traffic Safety aims at making drivers aware of the dangers of impaired driving in addition to those of driving drunk. Stressing that impaired driving is not just about alcohol, initiative spokespeople say that the same consequences exist when the law against impaired driving is broken; such as a possible $10,000 fine, insurance price hikes, and restricted driving. Citing an increase over the 2014 incidence of drivers who used drugs and drive, officials say it is important that drivers become aware of this problem.

Over the past decade, the use of prescription and over the counter medications has increased. This includes prescription sleeping pills and muscle relaxants, anti-depressants and allergy medications. Experts warn to pay attention to label warnings as some of the drugs can impair driving abilities.

While marijuana can be used in the privacy of the home or in specific public establishments, it is illegal to use it and drive. Marijuana has been shown to slow reaction time, reduce decision-making ability and affect balance and movement, particularly coordination. Using this substance and driving shortly afterward, particularly in the first 60 minutes, increases the potential for a crash two times. Drinking while taking drugs can enhance the depressant effects of alcohol, magnifying the effects of both and making for exceptionally dangerous situations on the road.

I’m Ed Smith, a Berkeley car accident lawyer. Never drink and drive. If you or someone you love has been hurt or even killed because of the negligent actions of another person, please call me at (510) 631-0200 or (800) 404-5400 for compassionate, free, and friendly advice. I am also available online at AutoAccident.com.

My past clients have left many reviews on Yelp and Google, and Avvo about their experiences working with me.

I’ve helped many of my fellow Californians, including those in Berkeley, working as their injury lawyer to receive just compensation that they need.

I am pleased to say that I belong to the Million Dollar Advocates Forum and organization for trial attorneys who have won million-dollar settlements and verdicts.

Check how I resolved cases on my settlements and verdicts page found on AutoAccident.com, as well as information about different types of personal injury and wrongful death claims.

A Sacramento rollover accident on June 24 caused the hospitalization of two patients after they had to be extricated from their vehicle.

A collision caused by a drunk driver in Sacramento on Stockton Boulevard and Lawrence Drive on June 23 resulted in a pedestrian fatality.