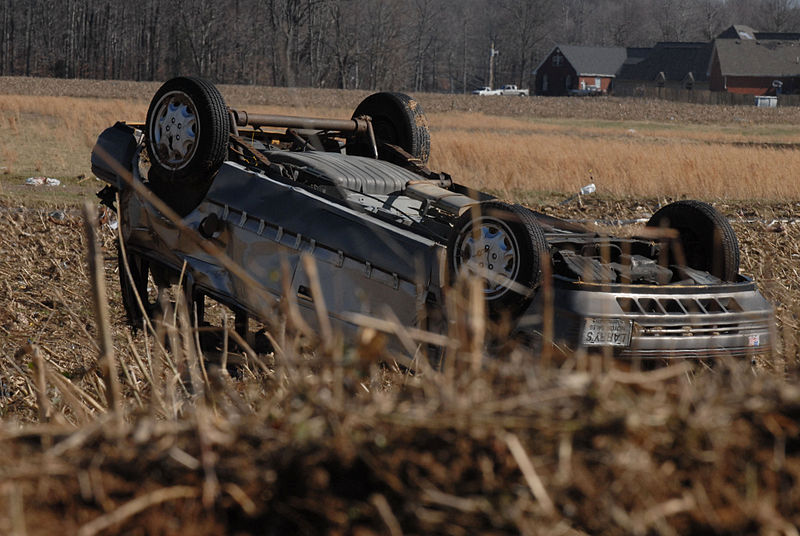 In Benicia, on Thursday, June 22, 2017, a rollover accident sent at least one individual to the hospital with traumatic injuries. Further information is below.

According to reports from the California Highway Patrol (CHP), the accident occurred shortly before 8:00 a.m. Soon after, CHP received a call indicating that a red four-door sedan had overturned on the eastbound Highway Interstate 780 a short distance west of the on-ramp at Second Street.

CHP’s reports indicate that witnesses saw the vehicle exit the road and proceed to drive up an embankment on the right-hand side of the highway. The vehicle reportedly overturned on the embankment and rolled back down to the shoulder of the highway, coming to a complete stop after landing on its roof.

Additionally, reports indicate that the driver of the vehicle, an unidentified female, climbed out of the vehicle after it had crashed. No other vehicles were reported to have been involved in the incident.

When emergency responders arrived at the accident, they found that at least one of the occupants of the vehicle had sustained traumatic injuries and called for an ambulance in order to provide treatment to the injured individual(s). The exact number of injured individuals was not listed in the CHP’s report. The specific nature of the injuries were also unreported, but none of the injuries were considered life-threatening.

CHP requested a tow truck to remove the overturned vehicle from the side of the highway. Due to emergency vehicles and towing procedures, the number two lane was blocked until 9:24. The collision caused grievous traffic for morning commuters.

According to research funded by the National Highway Traffic Safety Administration (NHTSA), accidents in which a vehicle overturns are very dangerous and involve fatal injuries more often than most other types of vehicle collisions. Their data shows that about 35 percent of all deaths caused by vehicle accidents involved overturned vehicles, even though, rollover accidents only accounted for about 2 percent of total collisions in the U.S. Additionally, NHTSA’s data shows that most people who received fatal injuries in rollover accidents were not wearing a seatbelt.

According to information from the University of California at Berkeley, rollover accidents have been the fourth most common type of vehicle accident in Benicia since 2013. Overturned vehicle accidents accounted for 11.2 percent of all Benicia’s injury-causing accidents.

I’m Ed Smith, a Benicia car accident lawyer. If you or an individual you care about has suffered significant injuries in a collision, call me at (707) 564-1900 to get some friendly and free advice. In other places, you can contact me at this toll-free telephone number: (800) 404-5400.

I’ve helped residents of Benicia with claims that involve wrongful death and personal injury to recover the money they are owed by law since 1982.

Some of my client reviews and ratings are located on Google, Yelp, and Avvo.

I am a member of the Million Dollar Advocates Forum. This elite forum is for top-rated trial attorneys who have successfully obtained verdicts or negotiated settlements with a value of over $1 million.

I founded AutoAccident.com. It’s the leading website in Northern CA for getting accurate, practical information on personal injuries and car collisions.