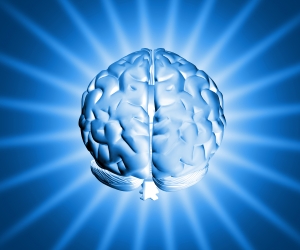 Tinnitus is a common symptom from a traumatic brain injury following an auto or motorcycle accident.  I have represented clients over the years who have suffered hearing loss or damage resulting from a head injury.  Often times, a deployed airbag can cause an inner ear injury.

Tinnitus is best defined as any sensation of a sound that does not arise from a source external to the person who experiences the sound. Although tinnitus is most often perceived as “a ringing in the ears,” a variety of other sounds, such as buzzing, humming, whistling, clicking, or roaring, may be heard.

Almost everybody, at one time or another, has experienced tinnitus, in t.he absence of any overt disease state. The sensation is generally transient when not associated with a pathological condition. Most of the time, no cause for the tin­nitus can be identified. Like many such comparatively trivial conditions, it is usually ascribed to “a vinis,” and no specific treatment is given. Taking too much aspirin, called salicylism, is the most common cause of temporary tinnitus, when an external agent can even be identified.

However, sometimes tinnitus persists. Unfortunately, there are few adequate treatment regimens, and in most cases the patient is advised to learn to live with the tinnitus. Sometimes ”masking” devices are used to cover the tinnitus with a “white noise” in an attempt to reduce the perception of the tinnitus.

Tinnitus usually derives from some abnormality in the middle or (more frequently) the inner ear, and often head-injured patients have found that tinnitus is not at all uncommon following closed head injury.

Some degree of deafness may be present in the side of the head from which the tinnitus arises. There is no electi:odiagnostic procedure that will detect tinni­ tus, but audiometric tests may reveal the associated nerve deafness. Hearing loss at the higher frequencies (over about 4,000 hertz, or cycles per second) indicates that the hearing loss is a- result of a sensorineural abnormality (in other words, the disorder is of neural origin). When deafness and tinnitus are associated, one should suspect a lesion of either cranial nerve VIII (auditory-vestibular or cochleovestibular nerve) or, less likely, of the receptor organ for hearing, the cochlea. In some head injuries, the pathogenic mechanism can be fracture of the basal (undersurface) area of the skull in the vicinity of the hearing-balance receptor apparatus. Usually, however, no fracture is seen, and the cause of tinni­ tus in such cases remains obscure.

Sometimes tinnitis is indicative of a psychiatric disturbance . Depression, in particular, may be present in such patients.

In any event, tinnitus can represent a form of damage that is most distressing, even disabling. The patient with tinnitus may find it difficult to concentrate, to attend to conversations, and to enjoy music. Often, persons with tinnitus finish each day in a state of near exhaustion. 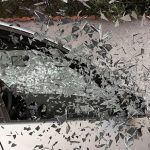