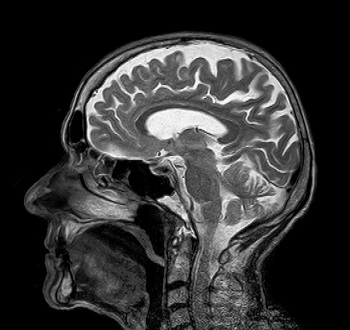 I’m Ed Smith, a brain injury lawyer in Sacramento. A Traumatic Brain Injury (TBI) may occur in a variety of settings. Depending on the severity of the injury, rehabilitation can be slow and complex. New approaches to rehabilitation and learning are evolving. Let’s take a look at what can be done for those who have suffered a TBI.

According to the Centers for Disease Control and Prevention (CDC), approximately 1.5 million individuals suffer a traumatic brain injury in the United States annually. Of this number, 52,000 succumb to the injury, 275,000 are admitted to hospitals. Eight out of 10 hospitalized patients undergo treatment and are released from care. Eighty-five thousand people are plagued by long-term disability from the TBI.

Cause of Traumatic Brain Injury

The reasons for a traumatic brain injury are varied. Among the top three causes are falls, car accidents and gunshot wounds. Falls amounted to 47 percent of all TBIs. Car accidents led to 14 percent of TBIs. Being struck by an object from falling merchandise, hitting another football player or being struck by a baseball account for 15 percent. Nine percent are due to assault. Eight percent are unknown, and 7 percent are classified as other forms of injury. Combat injuries including blasts also cause TBIs.

Those over the age of 70 are most likely to suffer a traumatic brain injury. By cross-referencing age and TBI cause, the following are noted:

The level of injury can be determined by the ability to move, vocalization and the ability to open the eyes. After grading the score, a physician is able to know the level at which the individual suffers a TBI. This ranges from mild to moderate and severe disability to a vegetative state, and persistent vegetative state to brain death.

The treatment varies from patient to patient. The initial treatment, centers upon helping the patient respond to stimuli or sound. This occurs when the patient is not alert. As the patient becomes alert, other treatment modalities are used. In this phase, treatment helps the patient understand what happened, to alleviate confusion and to be able to concentrate on simple tasks of daily life. Later on, in therapy, health care providers try to stimulate the patient’s memory, engage in problem solving and begin to interact socially with others.

It may be difficult for the person to swallow, so training to take steps to avoid choking is learned. Depending on the patient’s rehabilitation progress, they may begin to go out by themselves and take vocational training to return to school or work. Speech can be a major obstacle. At first, the individual may use alternative forms of communicating with others such as computer programs designed for this purpose.

New Treatment on the Horizon

Researchers are working to develop medications that will help a victim of TBI recover. Researchers at the University of California San Francisco announced that a new drug was successful when used on mice. The drug was one that would suppress an inflammation of the brain that is often seen with TBI as well as Alzheimer’s. Two models were chosen. One had focal injury to the brain such as one resulting from a blow to the head. The other had a concussive type injury. After receiving the drugs, mice were able to perform maneuvers faster than mice that did not receive the drug. The drug, named ISRIB, is under investigation to see if it might be used in the future to help humans.

I’m Ed Smith, a brain injury lawyer in Sacramento. If you or a member of the family has suffered a traumatic brain injury, you may be facing mounting medical bills. When this happens due to another’s negligence, an injury lawyer can help you receive compensation. Reach me by calling locally or (800) 404-5400 nationwide for friendly and free advice. If you would rather contact me online, please do so.

I’ve been there for residents of Sacramento since 1982. I’ve assisted them in wrongful death, car and truck accidents.

It is a good idea to get to know an attorney before retaining them. Go to my Avvo, Yelp and Google pages to read what prior clients had to say about my law practice.

You might want to see how I resolved other cases. Please visit my settlements and verdicts page for more information.

I founded and own AutoAccident.com to provide a source of information on personal injury law for clients.

Check out milliondollaradvocates.com. This is a forum of trial attorneys who have won $1 million or more in verdicts and settlements.

Photo Attribution: By “toubibe” via Pixabay