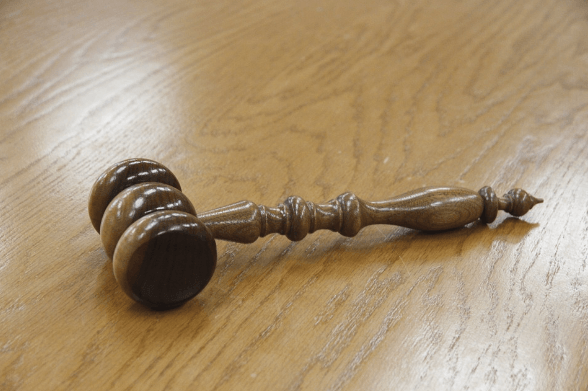 I’m Ed Smith, a Fairfield car accident lawyer. An ongoing case involving the deaths of two local men was delayed on Thursday, August 16, 2018. Sean Matthew Walker, a 36-year-old resident of Rocklin, was arrested on charges related to the fatal accident including driving while distracted and vehicular manslaughter. California Highway Patrol (CHP) officers announced Walkers arrest on Wednesday, August 15, 2018, and the man was released from police custody after posting a $90,000 bail the following day. Walker’s arraignment has been scheduled to take place at the Solano County Superior Court on September 12, 2018, at 8:30 a.m.

The crash took place on the morning of Friday, August 10, 2018. Kirk Griess, a 46-year-old Vacaville man and 19-year-veteran of CHP, had been driving his patrol motorcycle on northbound Interstate 80 when he pulled over a Saturn SUV being driven by Jaime Manuel, a 49-year-old resident of Vallejo. The two men were pulled over on the highway shoulder near the Manuel Campos Parkway freeway exit when Walker’s vehicle approached their location. Walker had been driving a Chevrolet pickup truck, and his vehicle suddenly veered off of the road, eventually striking both Griess and Manuel.

Griess and Manuel were both found at the accident site with serious injuries. Both men were taken to the NorthBay Medical Center where they were given emergency medical treatments. However, both men were tragically declared deceased later that day. A procession of police vehicles drove from the hospital to Vacaville to honor the deceased officer.

After investigating the crash, CHP reported that they found evidence showing Walker had been using his cellphone when the accident occurred. Not only had Walker allegedly been driving while distracted, but CHP also indicated that he had been traveling at speeds well above the highway speed limit of 65 miles per hour.

At the time of his arrest, Walker was charged with two felony counts of vehicular manslaughter as well as one count of reckless driving leading to fatal injuries.

An online fundraiser has also been started to assist the relatives of Manuel, who immigrated to America over ten years ago from the Philippines. Formerly an airline manager, Manuel immigrated to the U.S. to earn more money for his family back home and had been putting his daughter through college when the fatal accident occurred. The fundraising page for Manuel’s family can be found here.

Officer Griess was honored in a CHP ceremony on Monday, August 13, 2018. Video of the ceremony can be watched below:

I’m Ed Smith, a Fairfield car accident lawyer. When a fatal car accident happens, families are often devastated. If a person that you love has been hurt during a vehicle collision, please dial (707) 564-1900 or (800) 404-5400 so that I can give you free, friendly case advice. My website is another good way to contact me.

Fairfield residents have trusted me for over 36 years to help them claim the money they need in wrongful death and personal injury claims.

Read some reviews of my work here:

AutoAccident.com is the top site in Northern California for getting accurate, useful information on area car accidents, wrongful death, and personal injury topics.