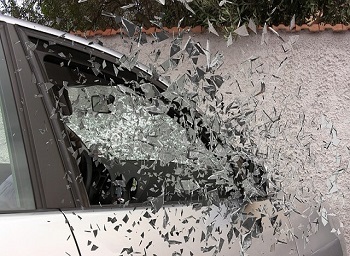 Antelope Automobile Accident Injury – Those who have never suffered an automobile accident injury are considered lucky. According to the auto insurance industry, the average driver is involved in an accident about every 17.9 years. This means the average person experiences three to four collisions in their lifetime. While many of these accidents only result in minor injuries, some will be serious or even deadly.

Any motor vehicle crash can result in serious injuries. However, injuries that occur can be influenced by the type of collision. Let’s look at some of the different types of accidents and injuries that can occur.

Rollovers cause significant trauma. Trauma happens when the roof is inadequate to support the weight of a vehicle or when occupants are ejected. These injuries can include:

One of the most serious types of accidents, a head-on collision commonly causes severe injuries and fatalities. Some of  the injuries are:

Rear end collisions can occur at any speed and are most commonplace at intersections and on freeways. The speed of the vehicle that strikes another in the rear can determine the extent of an automobile accident injury. Following are the most common types:

T-bone or broadside crashes usually occur in intersections when one driver does not yield the right of way to another vehicle, or a motorist runs a red light or a stop sign. Since the side of a vehicle is the least protected from a collision’s impact, injuries can be severe. Some common injuries include:

Single vehicle collisions are normally caused by driver error. However, some are caused by another motorist, potholes or other types of damage to the roadways and by weather conditions. An automobile accident injury can include many different types of trauma, depending on whether the car ran off the road, rolled or crashed with a stationary object.

Sideswipes generally occur when multiple vehicles are turning at an intersection. When one vehicle comes too close to another in the next lane, that can result in a sideswipe and cause one or both cars to crash into others. In some cases, it can cause a rollover. Trauma that can occur in this type of collision includes:

I’m Ed Smith, an Antelope car accident lawyer. Any type of motor vehicle collision can result in serious trauma to its occupants. If your accident injuries were caused by a negligent driver or government entity, I would like to offer you free and friendly advice. I can be reached at (916) 921-6400 or (800) 404-5400.

I belong to the Million Dollar Advocates and join other top trial lawyers around the nation who have won a verdict or settlement of more than $1 million for a previous client.

Learn more about some of our previous cases, and read reviews by my former clients at the following links:

I’ve helped numerous residents in Antelope over the last 36+ years obtain maximum compensation in cases of wrongful death and motorcycle accidents as well as others.