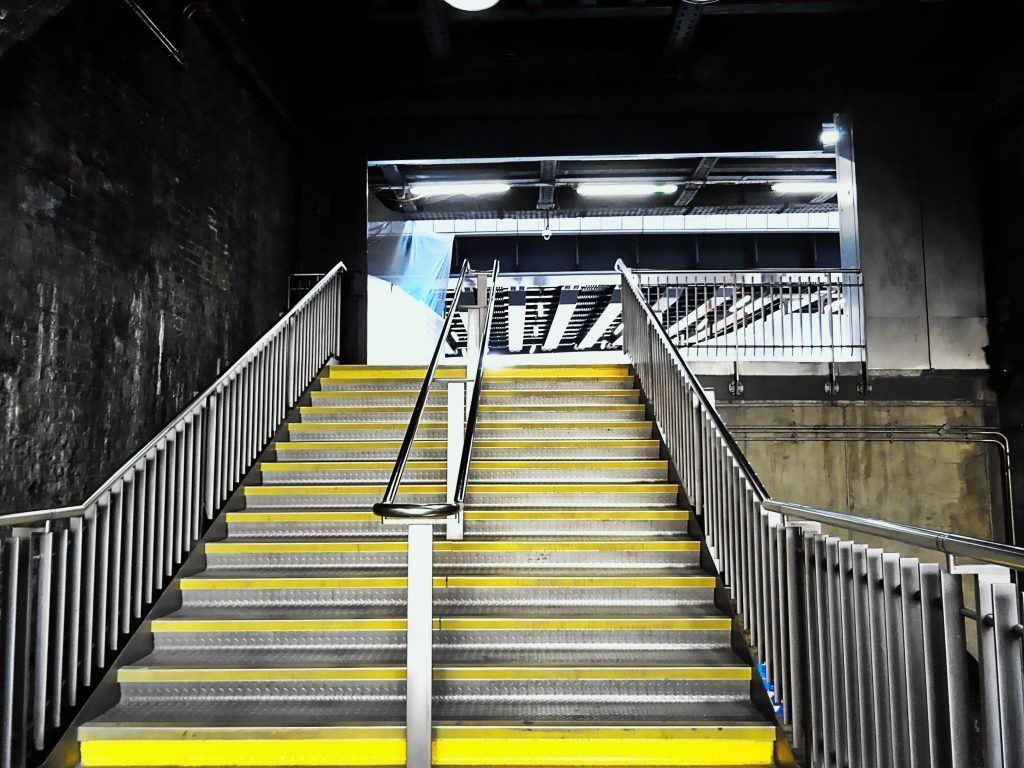 Stairways are one of the most frequent places for falls to occur, yet there is little literature available about stairway falls, or more importantly, how to prevent them. Over a million people are involved in falls every year, and over 12,000 die in stairway falls. In the last account I can find:

Generally, more women are involved in falls then men, except male children through age 16 have more falls than their female counterparts. More adult women than adult men suffer stairway falls because most falls occur in the home, and women spend more time at home than men. Additionally, few men wear high heels which are thought to contribute to stairway falls.

Medical conditions associated with falls tend to be cardiovascular in nature. Surprisingly enough, dizziness, high blood pressure, and poor lung capacity have been found not to contribute to fall risk.

As mentioned previously, 80% of stairway falls occur in the home and alcohol has a factor in some 16 % of stairway fall accidents. Among the lesser factors that increase fall risk are hurrying, distraction, running and/or playing on stairs, misjudging the number of steps, broken treads, loose carpet, loose nosing strips, eroded treads, absent or dim lighting and broken or missing handrails.

Stairway construction and design factors are also important elements of many stairway falls or collapses. If a stairway collapses, a structural engineer is usually the expert witness to engage to instruct the jury in defects in construction. Target defendants may be the owner, the builder and the architect who designed the stairway.

There are also common defects in step design such as irregular step dimensions, narrow treads, risers too high or too low, steps or stairs in unexpected places, slippery treads, confusing patterns on a tread and bad lighting over a stairway.

Sacramento Premises liability lawyer Ed Smith has been practicing personal injury law for over 30 years. If you or a loved one have suffered from an injury as a result of a stairway collapse, contact the experienced Premises Liability Injury Attorneys at the Edward A Smith Law Offices for a free consultation at (916) 921-6400 or (800-404-5400).

Reviews of our office can be found on Yelp and Avvo as well as on Google.

Photo by Juhasz Imre from Pexels